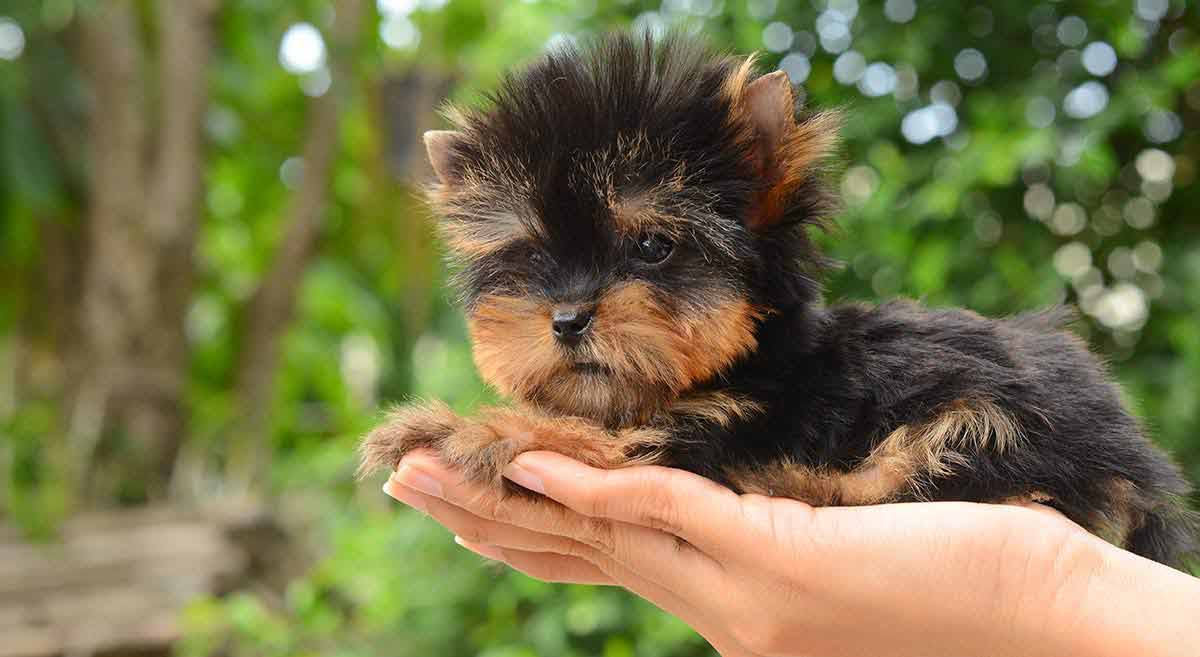 Teacup dogs are tiny, miniaturized versions of a popular breed or mix.

They are called teacup dogs because they can fit inside a teacup!

Which is undeniably adorable, and makes for some great pictures online.

But as you might expect, the reality is rather different to the cute photos.

The idea of the teacup dog is that you would get a perfectly formed pocket puppy.

A forever puppy, if you will.

Your dream dog breed, in a tiny compact package.

But in order to make a dog so small, you have to do some things that not everyone approves of.

And that’s because they don’t just impact their size. It’s their health too.

To get a purebred dog to shrink in size, you need to breed together the smaller members of that group.

But doing that could take years and years.

And some people realised that they could skip a considerable time barrier by breeding not the smallest healthy members, but the very smallest members full stop. Runts of the litter.

A runt is a puppy that is unusually small. And their tiny size is very often accompanied by health problems.

Breeding a runt at all is ethically questionable.

Breeding two together to make an even tinier puppy, well, it’s almost guaranteed to end in a very unhealthy animal.

And the issues don’t end there, because there are some problems common to many small members of the canine species.

Teacup dogs have all the parts a normal dog needs, in a tiny package. And that includes teeth.

But all those doggy teeth don’t fit properly into a shrunken skull.

And neither does a normal sized dog’s brain…

Dental problems and nasty neurological conditions are two side effects of petite puppies.

They also often have issues with their joints, and can have trouble holding their bladders like bigger dogs can too.

But are these issues true of all small dog breeds? What are the realistic options for conscientious tiny dog fans?

Is there a teacup dog breed that appeals to you?

You can find full reviews of some of the most popular Teacup dogs below.

We take a look at the reality behind each teacup version of the breed, and help you to decide whether the pros outweigh the cons.

There are dogs which have been selectively bred over generations to be small. And some of these have the word Miniature in their name.

These are not miniaturised teacup dogs, but have been more slowly and carefully bred.

As a result they are less likely to have the health problems associated with breeding unusually small examples of the breed.

But not all Miniature dogs are officially known as Miniature or Mini.

However some breeds are labelled as being ‘Mini’ versions unofficially. These can have similar issues to the Teacup dogs we’ve seen above.

Find out whether your favorite mini dog is everything you have hoped for here:

Being small does not always mean a dog is going to be unwell.

In fact, some of our favorite breeds are fit and active dogs.

Although we’d always advise you to make sure you get your puppy from health tested parents regardless.

These breeds of dog are relatively small and yet tend to be in fairly good health and relatively long lived on average.

Picking the breed or mix of dog you are going to spend the next few years of your life with is a big responsibility.

You don’t just want to have a puppy that is pretty, cute or fantastic to look at.

Get to know your chosen puppy’s breed, parents and breeders well before you make the commitment to bring them home.