You are here: Home / Breeds / Is the Miniature Basset Hound the Right Dog for You? 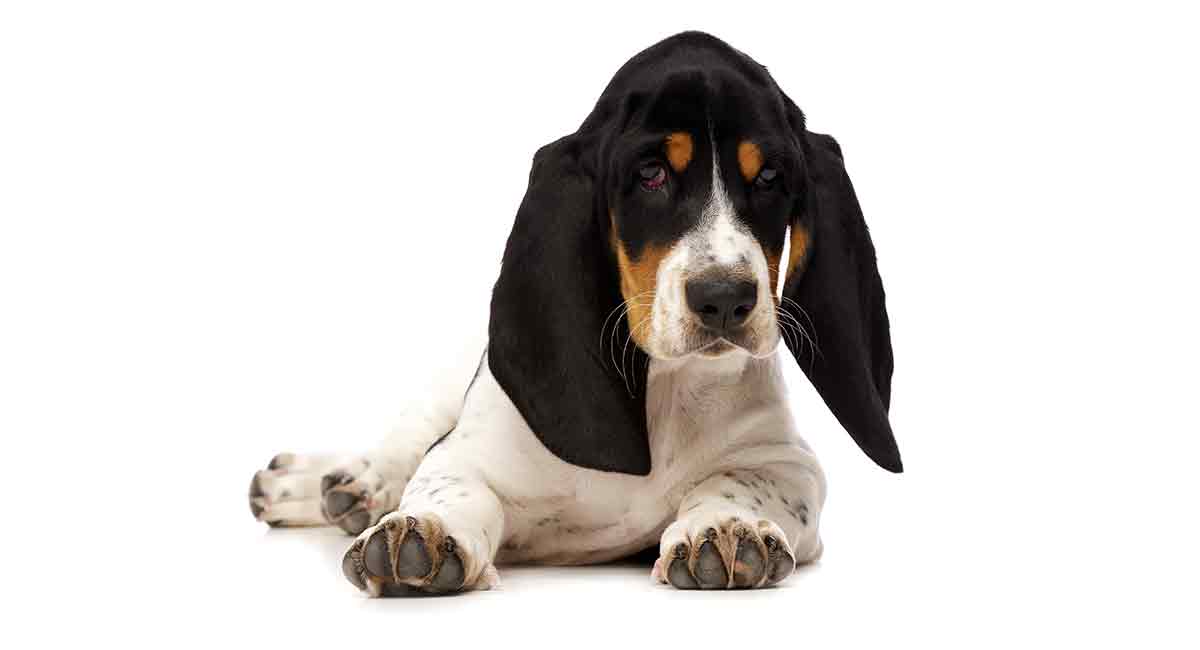 The miniature Basset Hound is a very desirable dog.

Those floppy ears and expressive eyes make this breed unmistakable.

These dogs are known for their calm, steady nature.

If you’re a potential dog owner who likes the Basset Hound but wants a smaller dog, this is a clear winner.

But what exactly is a miniature Basset Hound?

And how do they differ from their larger cousins?

In this article, we’ll explain the facts as and give you a bird’s-eye view of this elusive, mini canine.

The Appeal of the Miniature Basset Hound

There are tons of reasons why someone would want a miniature Basset Hound.

Firstly, smaller dogs typically are comfortable in smaller spaces, which is helpful for apartment dwellers and tiny homes.

A smaller dog also means that the dog itself will take up less space, along with her bed, food bowl and toys.

Walking a mile for a smaller dog takes a lot more work than it does for a big dog.

Their smaller legs mean they have to take more steps. This usually translates into less exercise requirements.

And lastly, no one can deny the cute factor of a smaller dog.

But there are health and temperament factors that you should be aware of before melting in their cuteness.

First, let’s explore the basics of their background.

Where Do Miniature Basset Hounds Come From?

There are roughly three ways to find a miniature Basset Hound.

Firstly, you can breed the Basset Hound with a smaller dog.

This will lead to more miniature puppies, though they might not act or look very much like a Basset Hound at all.

Secondly, some breeders attempt to introduce the dwarfism gene.

This causes developmental differences in the dogs that make them smaller.

Since a dog’s size is based on their parents, breeding two smaller Basset Hounds together means that their puppies are likely to be a similar size.

Combining with a smaller breed is one of the most popular ways to make a miniature Basset Hound.

It is cheaper, making it the go-to option for many breeders.

But it also means that the resulting puppy will not look or act exactly like a Basset Hound.

Because the puppy will get traits from both parents, this may result in health issues that are not commonly found in a purebred Basset Hound.

Let’s take a look at some of the most common mixed breeds:

The Chihuahua is one of the smallest dogs in the world. 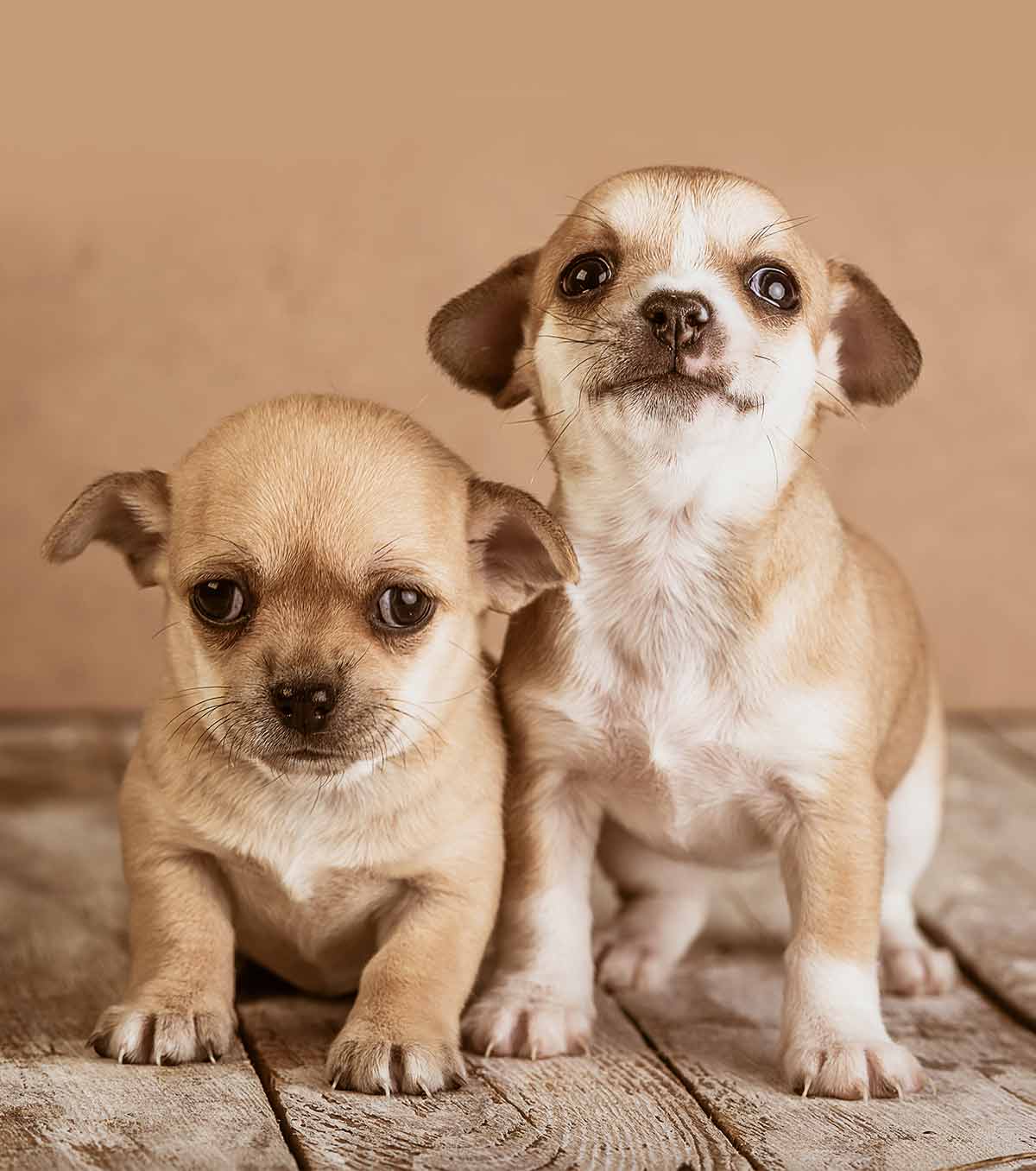 So, it only makes sense that it would be the go-to dog to create the miniature basset hound.

These mixed breeds will likely have higher exercise requirements than the purebred Basset Hound.

And, they will probably not be as laid-back or friendly.

They are also said to have a “terrier” temperament and may try to manipulate their adorable looks to get their way.

Depending on the exact traits inherited, they might look and act more like a Chihuahua than a Basset Hound.

This mixed breed is also quite common. After all, who doesn’t want a tiny, fluffy Basset Hound that looks like a Pomeranian? 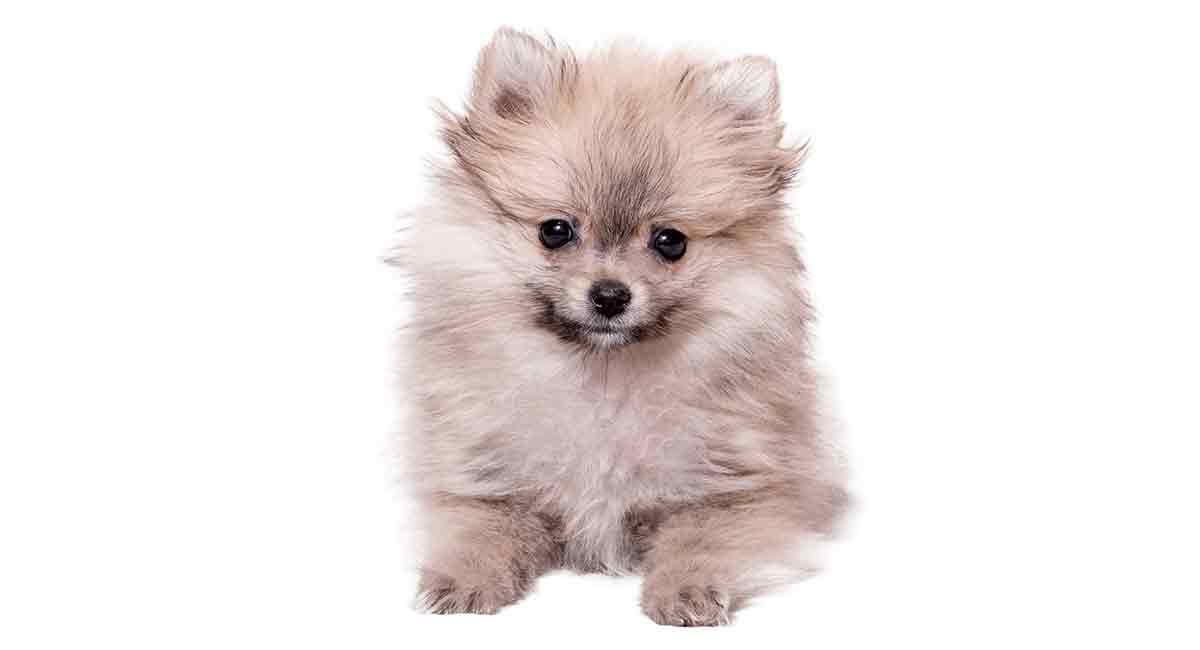 But, much like the above mix, this breed will probably be at least somewhat more hyper than a purebred Basset Hound.

It’s important to train them early to not hop on and off beds and couches because their small limbs can easily get hurt.

They also might require regular grooming, specifically if they have a Pomeranian’s traditional double coat.

Dog owners will have to get used to using a pin brush and/or a slicker brush to maintain control of these dogs’ manes at least once a week.

Otherwise their hair will matte.

Because both the Dachshund and Basset Hound have short legs, they are commonly bred together. 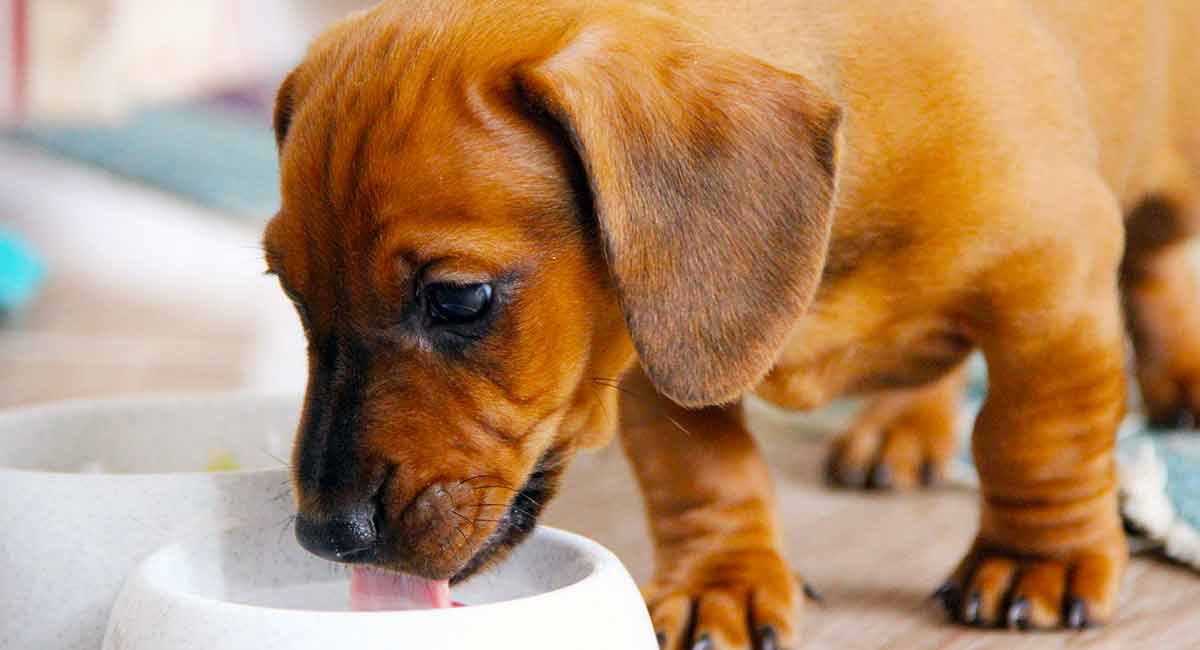 But the Dachshund is not all that smaller than a Basset Hound. So, this mixed breed might not be very miniature at all.

It just depends on the size of the parents and what traits the puppies inherit.

The Dachshund and Basset Hound are both prone to intervertebral disk degeneration (IVD), which makes their puppies particularly susceptible.

The dwarfism gene affects a dog’s growth and makes them smaller.

The Basset Hound already has a type of dwarfism, which is why their legs are smaller and unproportionate to their body.

While this makes them extremely cute, it also causes them to develop specific health problems.

One of the most prominent is IVD (mentioned above).

This disease is caused by swelling in the spinal cord.

The dog may lose feeling and movement in the back half of their bodies.

Only about 62 percent of dogs recover with surgery.

Repeatedly breeding runts is another common way to create a miniature Basset Hound.

A puppy’s size depends on the size of its parents.

If the parents are smaller, it is likely that their puppies will be smaller as well.

However, this method often leads to unhealthy puppies and bloodlines.

Dogs are usually runts for a reason. No dog is just born smaller than its litter-mates without a cause.

Frequently, this reason is linked with a developmental flaw or underlying health condition.

Dogs who are born as runts almost always have some underlying disease that is the cause of their smallness.

Those who are born at a regular size but cannot grow are usually infected with some pathogen or developmental defect.

If two runt dogs are bred together, they can pass on these defects to their offspring.

For these reasons, we do not recommend adopting from a breeder who uses this method.

Is the Miniature Basset Hound Right for Me?

No dog will act and look entirely like a Basset Hound and be miniature at the same time.

All methods will create a dog that might resemble a Basset Hound but will also be different in many ways.

Basset Hounds suffer from numerous health issues to begin with, such as hip dysplasia, elbow dysplasia, glaucoma, hypothyroidism, bleeding disorders and luxating patella (a dislocated kneecap once called a “trick knee” in humans).

Miniaturization can worsen these conditions.

The health of a dog should always be on your mind when considering your next family member.

The Whippet and Italian Greyhound are both small dogs.

But as with other small dogs, they have some health problems as well—Italian Greyhounds react poorly to anesthesia and are prone to epilepsy; and Whippets have blood-clotting issues.

However, they may generally be healthier than some Basset Hounds.

If you do decide that you want a miniature version of the basset hound, we recommend considering whether your lifestyle and home is suitable for this dog.

Because of their size and short legs, this canine will not be able to navigate stairs or jump very well.

Furthermore, this dog will need some specialized equipment.

You will need to ensure that you purchase toys that are small enough and have an appropriate dog bed available.

This dog will also not be very active. So, if you’re looking for a dog to exercise with you, this is probably the wrong choice.

Mixed breeds are probably the easiest way to find a Basset Hound that is smaller.

We recommend checking your local shelters where adopting a dog is possible.

But you should also keep in mind that some hybrid dogs are going to look more like a Basset Hound than others.

So, you should prepare to wait around until the type of dog you’re looking for appears.

If you want a miniature dog that acts more like a Basset Hound, you might want to try a professional, experienced breeder.

But this method does cost more money and takes more time.

Ethical breeders are extremely careful with their dogs and do not churn out puppies like an assembly line.

Do you have a Basset Hound? What’s been your experience with this pet? Tell us in the comment section below.