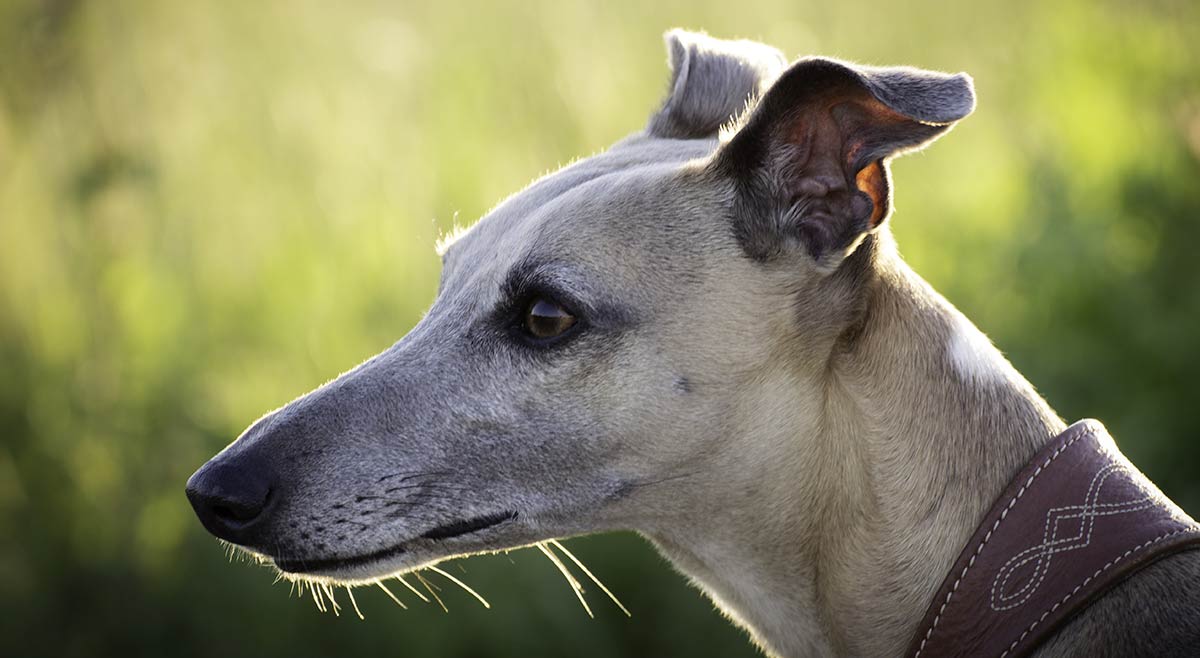 Dog head shape has been linked to both health and behavior. The implications of being a flat-faced (brachycephalic) dog are already being widely discussed, especially the risks to to their health.

But is the long face (dolichocephalic) dog at the other end of the scale being exposed to unnecessary illnesses as well?

The long faced sight hound breeds are my favorite kinds of dog, especially whippets. So it’s going to be interesting for me to have an objective look at what it means to be a long faced dog.

We’ll uncover how differences in skull shape give breeds their characteristic appearance, which breeds are considered dolichocephalic, and why a long face isn’t just about looks, but a matter of health and behavior too.

The term dolichocephalic comes from the Greek words meaning “long” and “head”. So as names go, it is a very literal (albeit Greek) description of the trait it refers to. 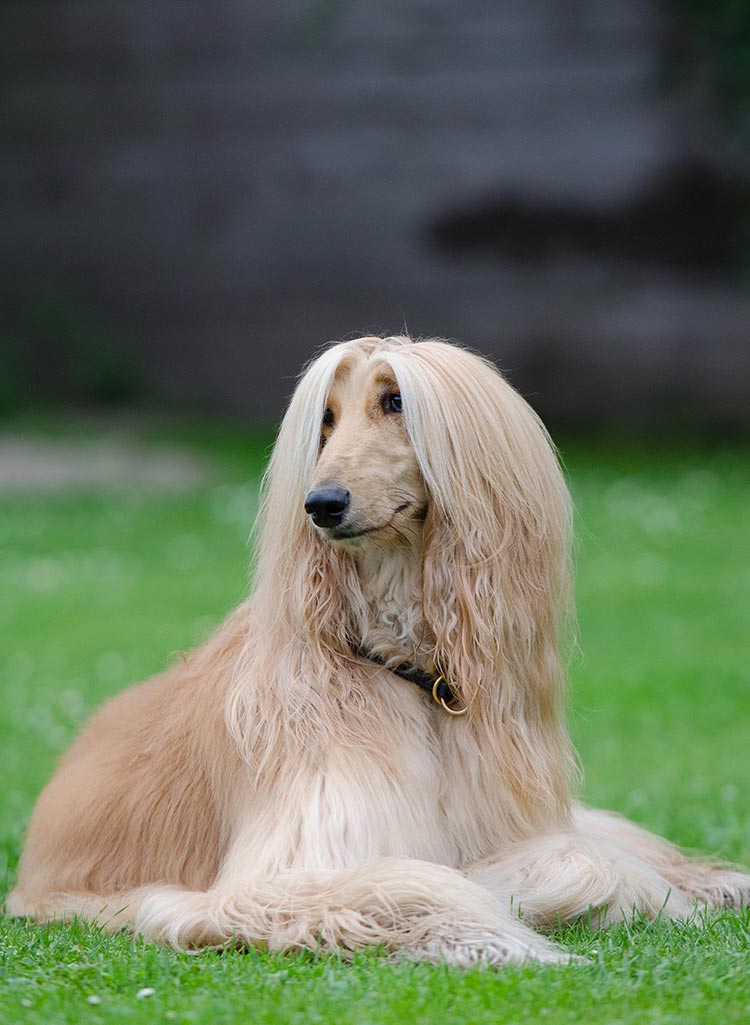 Dogs’ skulls contain an intricate puzzle of about fifty bones. In dolichocephalic dogs, these skulls bones have elongated proportions.

This is especially pronounced in the jawbones, giving dolichocephalic dogs their characteristic long, narrow muzzle.

There are dozens of dolichocephalic dog breeds, but if we just filter for just those which appear in the U.S. favorite breed lists, we find these:

But what is the standard which makes these breeds dolichocephalic?

Domestic dog breeds are quite extraordinary, because they are all the same species but they have a dramatic range of different face shapes. From my beloved whippets to the squashed pug.

To describe this variation we refer to a scale called the Cephalic Index.

The Cephalic Index is a numerical scale for comparing the breadth of a dog’s head relative to its length.

Breadth is measured across the widest part of the head, and length is measured from the back of the skull to the tip of the nose.

The upper and lower limits of the Cephalic Index haven’t been researched, but the lowest cephalic index I’ve come across is 42 (a Greyhound), and the highest was 99 (breed unknown).

There’s no standard threshold for deciding dolichocephaly, but a dog is generally regarded as dolichocephalic if it has a cephalic index below 75 – which means the breadth of its head is less than three quarters of the length of its head.

Because we describe dogs as dolichocephalic when they go beyond a threshold on a scale, it can give the impresson that dolichocephaly is inherently extreme and unhealthy.

This is misleading, because our domestic dogs’ ancestors – wolves – are naturally dolichocephalic. 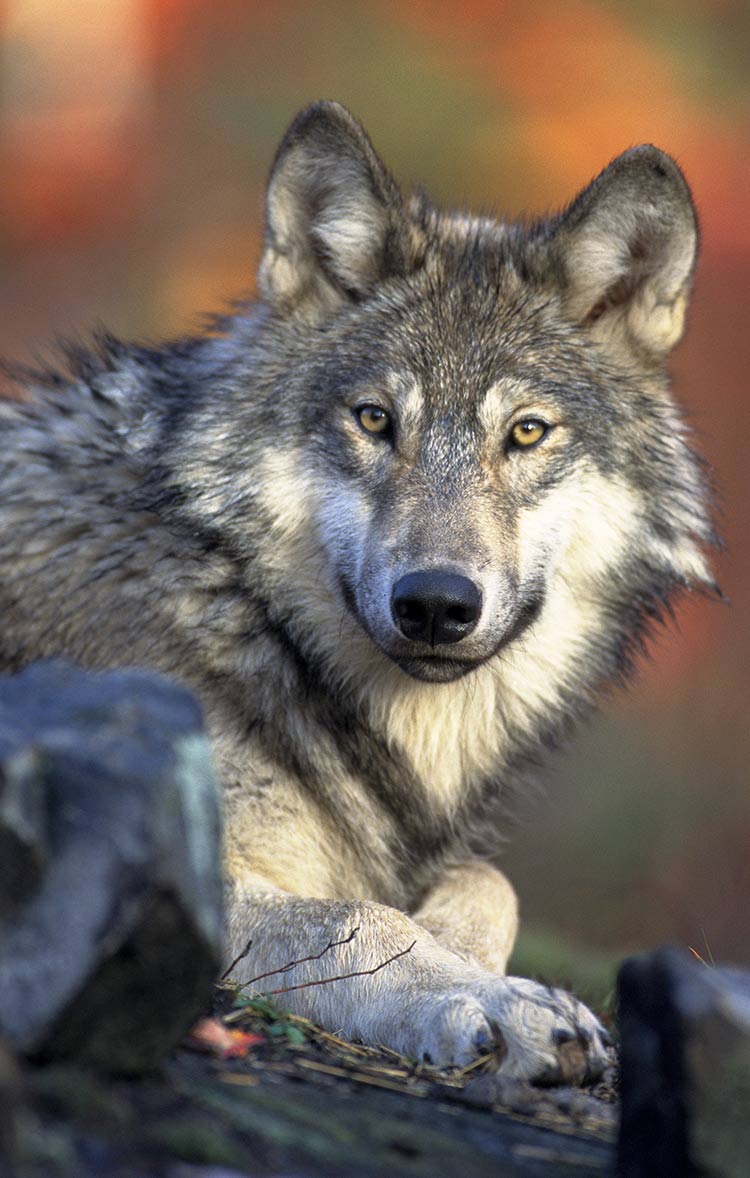 Dog head shape along the lines of their wolf ancestors has a practical purpose.

Wolves have a cephalic index of about 51. Their long faces are physically better adapted to running and chasing, and the position of their eyes is better suited to scanning for prey.

That’s not to say that we haven’t also bred some dogs to be extremely long faced, such as greyhounds, basenjis, borzois and bull terriers.

Either because we link these dog head shapes to specific useful skills, or because we just find them aesthetically pleasing.

But is it possible to go to far? Have such long face dog breeds been made more vulnerable to any health problem?

Aspergillosis is a fungal infection caused by airborne Aspergillus spores which embed themselves in the lining of a dog’s nose.

Aspergillosis infections are one cause of rhinitis in dogs: inflammation of the nasal lining, resulting in a runny nose, sneezing, and nose bleeds.

Left untreated, aspergillosis can damage the delicate bones of the nose, or even spread in to the lungs and other areas of the body.

Aspergillosis is often associated with dolichocephalic dogs, and there is a degree of truth in this. 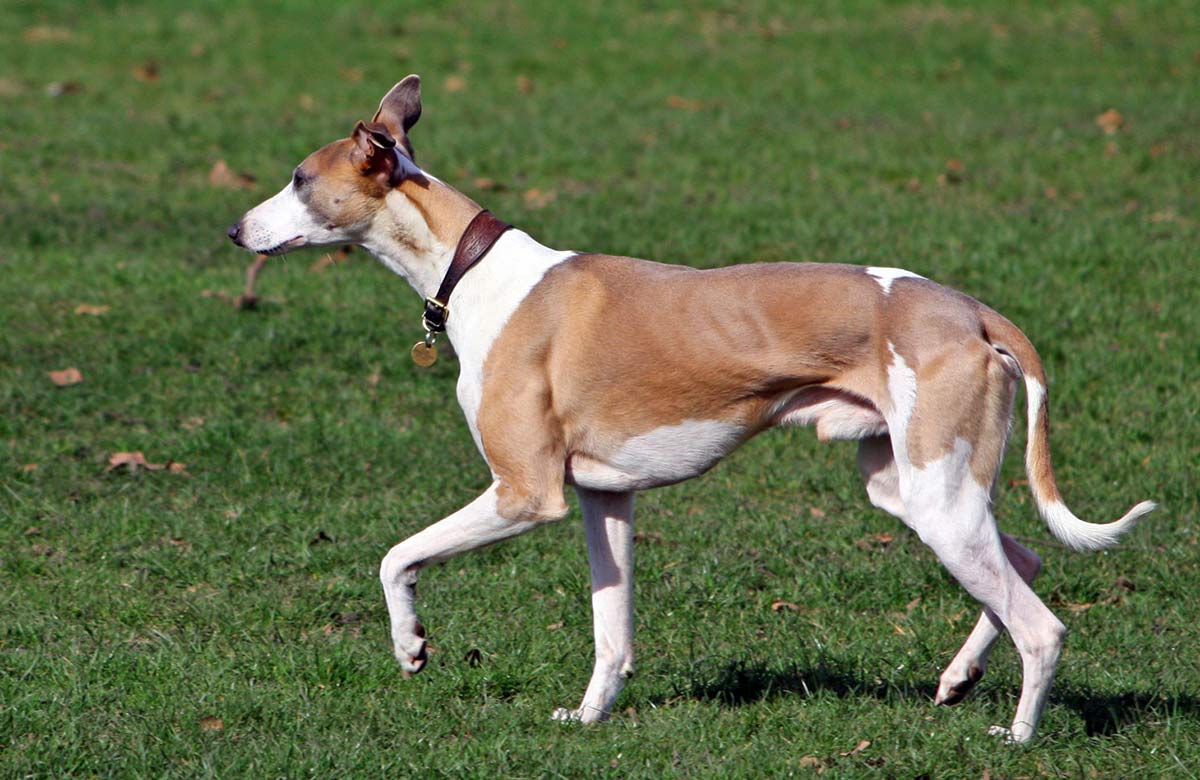 Long nosed dogs, by definition, have more nasal lining than short nosed dogs. So, there is a greater surface area for the Aspergillus spores to embed in.

BUT, there is plenty of evidence to suggest that having a long nose isn’t the biggest risk factor when it comes to aspergillosis.

We know that Aspergillus is an opportunistic pathogen, and the dogs most at risk are those with asthma or suppressed immune systems.

And Ernest Ward of VCA Hospitals reports a study which found that the non-dolichocephalic retriever and rottweiler breeds had the highest rate of aspergillosis infection, which could indicate that living in an area with a high number of Aspergillus spores is a bigger risk factor than nose length.

So nose length is a factor in vulnerability to aspergillosis, but it’s not everything.

Canine nasal cancer can affect any breed of dog, but in 2006, vets in Canada found evidence that dolichocephalic dogs were 2.5 times more likely to develop nasal tumors than non-dolichocephalic breeds.

They attributed this to having a bigger surface area inside their nose, which means more exposure to pollutants, irritants and allergens.

However they also noted that short-nosed dogs with less surface area inside the nose are more prone to lung tumors instead.

Basically pathogens and carcinogens are going to cause trouble somewhere, it’s just a matter of where.

An oronasal fistula is a hole in the roof of the mouth which goes through to the nostril.

They are usually closed by surgery to prevent food and other foreign objects getting stuck in them and causing infection.

Writing for the ‘Veterinary Technician’, dentistry specialist Brent Wilson says that dolichocephaly appears to allow fistulas to form more readily than short face shapes, but it is not the only predisposing factor.

As far as I can find, no studies have been conducted to quantify how much more often oronasal fistulas occur in dolichocephalic dog breeds.

Remember we discussed the trap of thinking that dolichocephaly is extreme and therefore inherently unhealthy?

It’s also easy to think that if a long nose makes dogs more susceptible to troubles like aspergillosis and oronasal fistulas, then it’s safer to have a short nose.

But as we explore in our article Brachycephaly In Dogs: What It Means To Be A Brachycephalic Puppy, going too far in the opposite direction can cause even more serious problems.

Let’s move on now to intelligence and behavior.

My husband grew up with a whippet called Bess, and he says that whippets are rubbish at learning tricks and playing fetch.

But you can never tell if it’s because they’re too stupid, or too smart for that nonsense.

Does anyone have the answer?

Let’s start with something that should be an obvious advantage in the long face dog:

Do dolichocephalic dog breeds have a better sense of smell?

Dolichocephaly and sense of smell

A longer nose means more room for specialized scent receptors inside the nasal cavity, and consequently a more sensitive and refined sense of smell, right?

And the extremely dolichocephalic greyhounds?

Well, they showed “a general failure to participate”, so no results for them were collected.

(My husband is chuckling at this, he says he admires them for that).

Apparently unperturbed by the insubordination of Texan greyhounds, in 2016 researchers at Eötvös University in Hungary planned their own tests.

This time the group of dogs dominated by dolichocephalic breeds did manage to outperform the short-nosed breeds every time.

The Hungarian team attributed the different result to the nature of the tests they used: their tests worked without any preparatory training (the dogs were trying to locate food), but the dogs in the Texan trials were trained to find a specific mineral oil first. So, the Texan results could tell us more about trainability than sense of smell.

Which leads us neatly on to…

Are dolichocephalic dog easier to train?

In 2009, Professor William Helton at the University of Canterbury in New Zealand reviewed a survey of judges from the American and Canadian Kennel Clubs.

He found that dogs whose heads are neither excessively long nor short (mesaticephalic dogs, for example labrador retrievers and beagles) were regarded as the easiest to train.

Long faced dogs and flat faced dogs were both considered harder to train.

But training is a question of degrees.

If your long face dog isn’t going to be a working dog, do you just need him to learn the basics of good behavior?

Which leads us to our last question…

In 2013, Paul McGreevy and his team at the University of Sydney in Australia studied the links between dogs’ body shape and behavior.

They found that many undesirable behaviors, such as aggression towards their owner and other dogs, compulsive staring, mounting people and objects, separation anxiety and problems with inappropriate urination or soiling (including rolling in feces) were less common in dolichocephalic breeds. 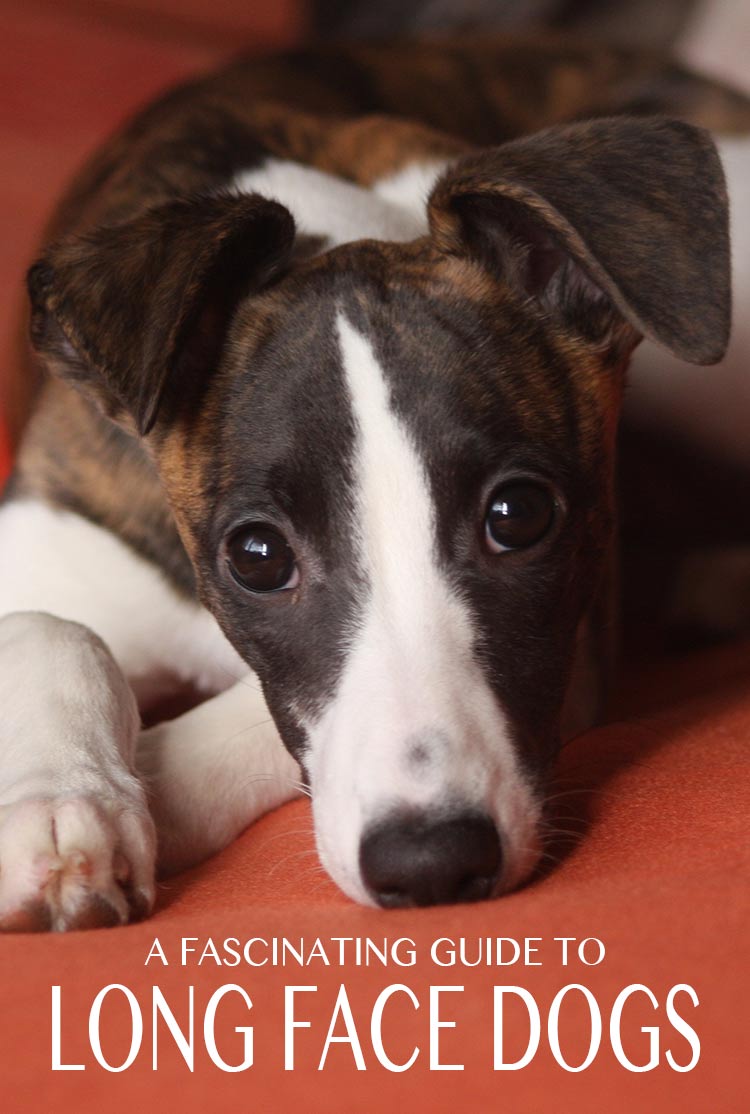 The long face dogs weren’t complete angels though: they were more likely to chase things, bark persistently, steal food, and be scared of strangers.

This backs up their reputation as the dog fraternity’s opportunists – if they see food they grab it, if something flits through their vision they give chase to find out if it was something good.

If you have a dog with any of the these problems, we’ve got information here to help you!

Try these articles to begin:

Dolichocephalic or long face dogs have elongated skull and jaw bones, which give them their characteristic long heads.

Dolichocephalic dog head shapes are closer to the natural shape of their ancestor, the wolf. This protects them from the myriad of health problems caused by brachycephaly.

I think this is a real shame, because dogs with long faces have so much to recommend them.

They are more inclined to good behavior, and if you live with a messy eater, they’ll remove the evidence in seconds.

And they laugh in the face of serious scientific investigation (unless there’s food).

I think that’s why I love them.

Today’s article is by Sarah Holloway. Sarah holds a bachelors degree in Zoology and has a special interest in animal behavior and communication