You are here: Home / Breeds / Pure / Miniature Chow Chow – Everything You Need To Know About This Fluffy Pup 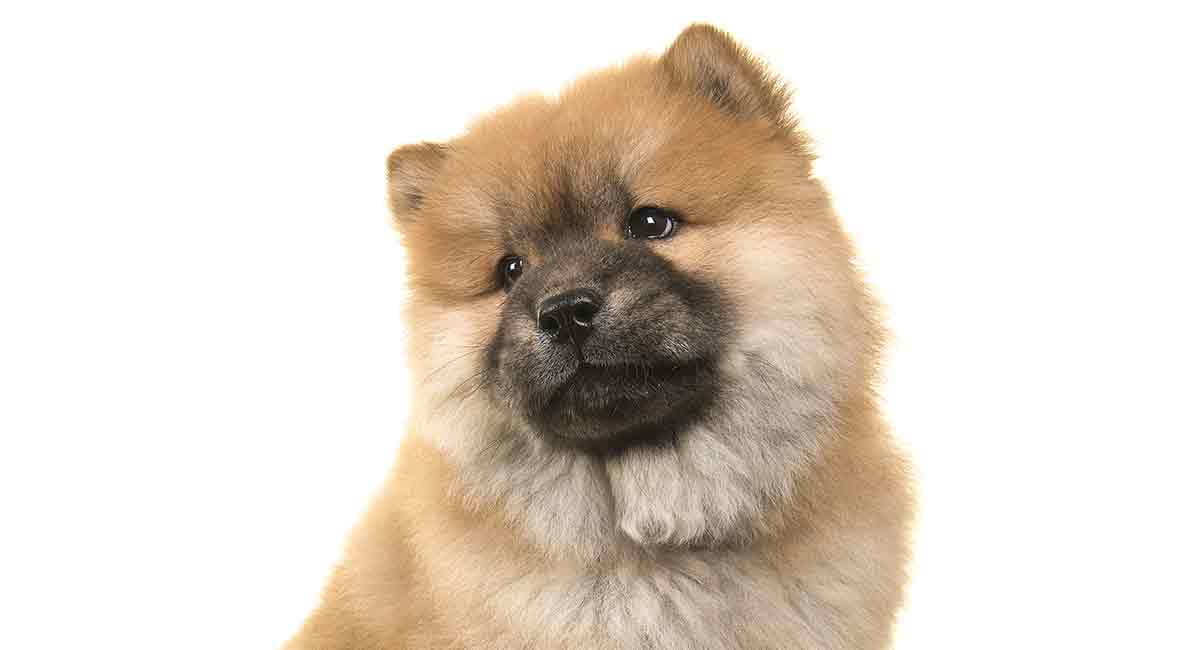 The Miniature Chow Chow is a smaller version of the Chow Chow. Fluffy and loving, but also bold and brave, the full sized Chow Chow’s big personality can make some owners wish it came in a smaller package. Today we are going to look at whether a micro Chow Chow puppy is a perfect compromise for your new pet.

The Appeal of the Miniature Chow Chow

The full grown Chow Chow is a strong but compactly built dog that somehow manages to combine a teddy bear face with a dignified demeanor. With a history that dates back over 2,000 years, the Chow Chow is one of the world’s oldest dog breeds and is a member of the Chinese dog breed group.

They stand from 17 to 20 inches tall and weigh from 45 to 70 pounds. They have a beautiful coat, commonly seen in red, black, blue, cinnamon, or cream. This breed is keenly intelligent. They are aloof with strangers but loyal to those they love.

The Miniature Chow Chow is part of a growing trend towards creating smaller versions of popular dog breeds. One look at this adorable ball of fluffy fur and it’s not hard to understand the appeal of a Chow Chow in a smaller package.

Small dogs are also easier to take care of, take up less space, and require less exercise. They seem custom-made for busy people who live in small spaces. But have you ever thought about how you actually get a miniature breed?

Where Do Miniature Chow Chows Come From?

The Miniature Chow Chow is not a separate dog breed.

They’re merely a smaller version of the standard-sized Chow Chow.

There are three different ways to miniaturize a breed like the Chow Chow.

The first is to mix a standard breed with a smaller breed.

The second is to introduce the gene for dwarfism.

Lastly, a micro Chow Chow dog can be produced by repeatedly breeding from the runts of litters.

Read on to learn more about each of these methods in more detail.

Mixed breed enthusiasts will argue that crossbred dogs are healthier than purebred dogs due to the genetic diversity of mating two different breeds.

Taking a standard-sized Chow Chow and breeding it with a smaller dog is one way to get a miniature version.

The problem with this method of miniaturization is that the outcome in terms of appearance and temperament can be extremely unpredictable.

The puppies might take after the other breed parent and not resemble a Chow Chow at all.

Sometimes, even within the same litter, the puppies can look very different from each other.

This is one way of getting a Miniature Chow Chow.

However, as the considerably smaller Pomeranian is a toy breed measuring 6 to 7 inches, the exact size, as well as appearance and temperament, will be impossible to predict.

This mix is a cross between the Chow Chow and the Corgi.

Like all hybrid dogs, they can favor one parent more than the other or be a cross between the two.

They may resemble a Chow Chow, but with the short, powerful legs of the Corgi.

Some breeders will use the gene that causes dwarfism to create a miniature Chow Chow.

Dwarfism is a medical condition in dogs also known as achondroplasia.

It causes skeletal abnormalities and stunted growth so that the bones don’t grow to the size standard of the breed.

Shortened legs are the most common indicators.

Other symptoms can include a larger than normal head, enlarged joints, spinal deviation, and sideways bowing of the forelimbs.

When the gene for achondroplasia is used it can also result in intervertebral disc disease (IVDD), which can lead to arthritis and be extremely painful.

In fact, IVDD is so common in the Dachshund, where a long back and short legs have been encouraged, that approximately one in every four dogs suffers from IVDD.

This method of miniaturization causes a number of other potential health issues including heart disease, abnormal behavior, and a shortened life span.

The runt of the litter refers to the smallest or weakest member.

Being born the runt doesn’t necessarily mean they’ll have congenital abnormalities or other health concerns, or that they won’t grow up to be the same size as their siblings.

But their size puts them at a disadvantage when competing with their brothers and sisters for their mother’s milk.

If they fail to get nutrition from an early age, it may lead to a weakened immune system and susceptibility to illness.

When attempting to create the smallest possible version of a Chow Chow in this way, both parents will be runts.

This increases the chance of passing on health problems to their offspring.

The benefit to this method of miniaturization is that the physical and temperamental characteristics of the Chow Chow will be intact.

However, it also increases the chance of passing along congenital health problems, of which this breed has many.

The Chow Chow is a brachycephalic dog.

Although their face isn’t as flat as other breeds with this condition, like the English Bulldog or the Pug, their flat facial structure can still create serious breathing restrictions.

Their deep-set almond-shaped eyes not only give them limited peripheral vision, they also create some serious eye problems.

Eyelid entropion is a genetic condition.

This is a condition frequently seen in the Chow Chow and may require surgery.

Hyperthyroidism is another common condition for the Chow Chow.

Patellar luxation occurs when the kneecap is dislocated from its normal position, a common joint abnormality in many dogs, including the Chow Chow.

Is a Miniature Chow Chow Right For Me?

If a Miniature Chow Chow is bred from two smaller-than-average Chows, then you can expect them to have physical and temperamental traits like their full-sized counterpart.

They’re an intelligent but stubborn breed, known to be naturally wary of strangers, which can make them excellent watchdogs.

However, Chow Chows also have a tendency to be fiercely protective and aggressive.

These are dogs who need early socialization with a variety of people, places, and other animals.

This is not the best breed to be around young children.

The Chow Chow tends to get close to one or two people.

Crossing a female Chow Chow with a different breed might not produce the results you’re looking for.

But, assuming both dogs are healthy, crossing two different breeds is the most humane method of creating a smaller version of the Chow Chow.

Unfortunately, due to the numerous health problems associated with the miniaturization of a breed that’s already plagued with serious issues, we cannot recommend the Miniature Chow Chow.

There are unscrupulous breeders who will continue to create intentionally smaller and smaller unhealthy puppies for profit.

To ensure you’re dealing with a responsible breeder, always visit where the puppies are living and ask to see the parents.

The breeder should answer any questions you have and be able to provide health tests for inherited conditions.

If your main reason for wanting a Miniature Chow Chow is because you don’t have the space in your home for a large dog, there are plenty of adorable existing small dog breeds.

Rescues and shelters are filled with many darling and deserving dogs looking for love and a permanent home.