You are here: Home / Dog Facts And Fun / Pomeranian Lifespan – How Long Do Poms Live On Average? 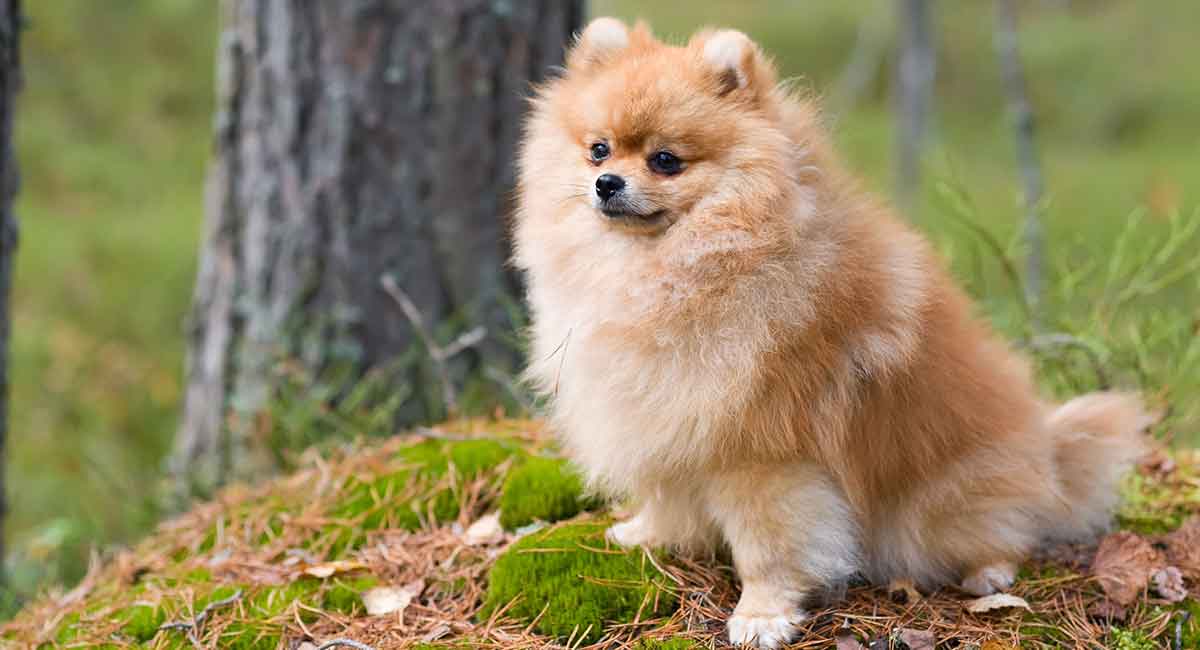 Pomeranian lifespan is usually in the region of 10 to 16 years.

But, this range is wide because different studies and authorities have reached very different estimates.

Whether your Pom reaches the bottom or the top of the range depends on a few things. These include: genes, and the care they receive during their lifetime.

So, how can we reach the top end of this range?

There are lots of ways to estimate life expectancy for a dog breed. But, these outcomes vary by country, breeding, and general care.

Pomeranian lifespan has been estimated in different ways. The combined results suggest that they are one of the longer lived pedigree breeds.

Small “toy” breeds generally have longer lifespans than large dogs. Their ages can range into their teens. Or, in some cases, even their twenties. This is because small dogs age slower than larger dogs.

Pomeranians, as a breed, have a reduced risk of many life-threatening health conditions including cancer — which is the most common type of terminal illness in dogs.

So, the health conditions that Pomeranians are more prone to are typically not life-threatening. These conditions include problems with their teeth, eyes and skin. But, patellar luxation, or dislocated kneecaps, is another common problem.

How Long do Pomeranians Live?

Based on data from a dog cemetery in Japan, Pomeranians live on average to be fourteen years old. However, this method for estimating life expectancy tends to exclude mortalities that occur at a young age or dogs that are less well cared for.

A British study of dog owners provided a shorter estimate of ten years. But this is based on only 22 owner reports. So it may not be a very robust estimate.

Plus, there are frequent reports of Pomeranians living over 20 years old.

Taken together this suggests a typical Pomeranian lifespan of 10-16 years.

According to PetPom, the oldest recorded Pomeranian lifespan was 21 years, 8 months, and 13 days.

Many people report more advanced ages. But they have not been officially documented.

How to Maximize Your Pomeranian’s Life Expectancy

If you are adopting a Pomeranian puppy from a breeder, ask about their health testing program as well as the longevity of closely related dogs.

Tests are available for the few serious or life-threatening health conditions known to occur in Pomeranians. These include:

Can These be Prevented?

All of these inherited diseases have a known genetic cause and mode of inheritance. So, they are preventable with responsible breeding practices. This article gives you more tips on finding a responsible breeder.

Pomeranians come in many coat colors. But some should be avoided. The spotted “merle” coat pattern and albino colors are associated with impaired health and conditions such as deafness. So, many kennel clubs will not register dogs with these coat colors.

Across all dogs, the most important factors that improve lifespan include avoiding obesity and neutering for females.

Pomeranians are somewhat prone to obesity. Research shows that less frequent meals, avoiding treats like table scraps, and regular exercise reduce the risk of a dog becoming overweight. Discuss your pup’s body condition with your veterinarian and seek their advice if your pup begins to gain excessive weight.

Swedish researchers found that deaths of Pomeranians were often caused by “trauma”. In other words, this means physical injuries caused by accidents. This is likely due to Pomeranians being a small breed and therefore relatively fragile and prone to being underfoot.

But, you can reduce the risk of traumatic injury by puppy-proofing your home. Plus, not leaving your dog unsupervised in potentially hazardous environments.

In conclusion, the Pomeranian is quite robust for a toy dog. This is partly due to its reduced vulnerability to many life-threatening diseases like cancers.

You can have your dog genetically tested to avoid passing on the few serious inherited disorders know to affect the breed.

Owners should of course take care to avoid obesity or allowing dogs to stray or become injured.

The Pomeranian has a typical life expectancy of 10-16 years and in responsible hands tend to be at the older end of this range or beyond.

If you’re a big Pomeranian fan, you’ll love the other guides we have. Take a look at a few of them below for even more information on this tiny breed.

And tell us in the comments how old your Pomeranian is!