You are here: Home / Breeds / Chihuahua Colors and Markings: Find Out More About All the Different Colorations 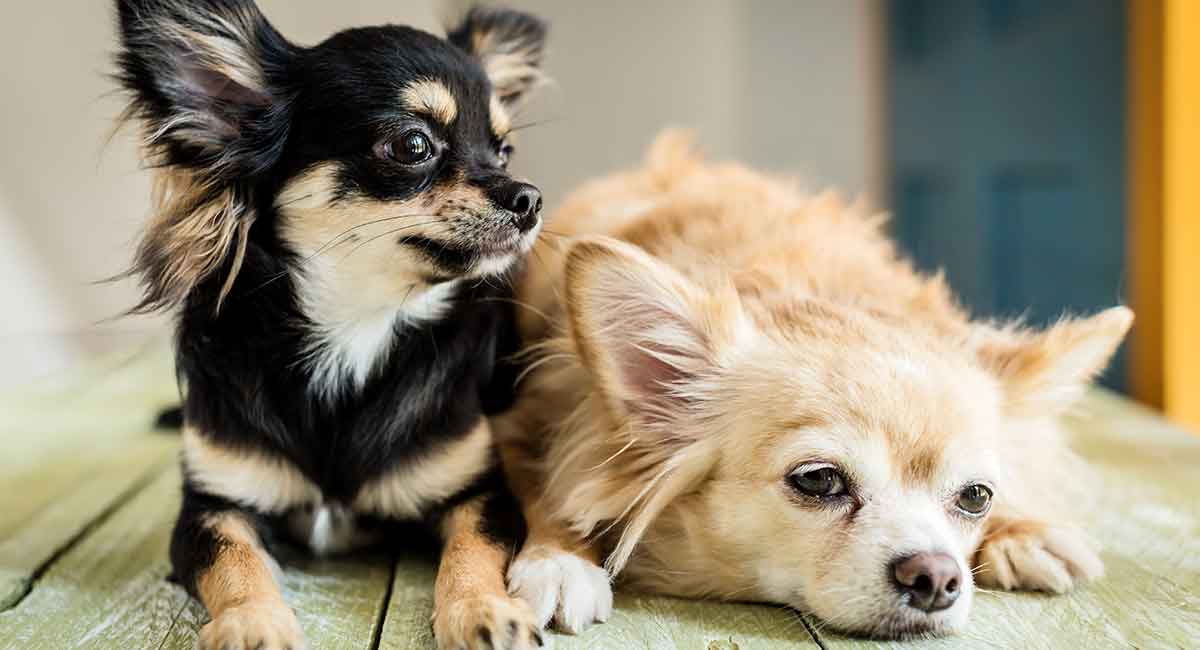 Do you want to know more about Chihuahua colors and markings?

Besides Chihuahuas being cute, fun companions, they also come in a variety of colors.

But what colors do they come in? And are there any health or temperament issues associated with Chihuahua colors and markings?

Let’s find out if the Chihuahua is the right breed of dog for you.

The Origin of Chihuahua Colors

Chihuahuas are ancient terrier-like dogs, and it isn’t known how they first came to Mexico.

An ancestor of the Chihuahua was a favorite of the Toltec people, and Aztecs refined the breed.

The Chihuahua’s lineage possibly includes other dogs from Central, South and North America.

Perhaps that’s why there’s so much variation in their color and markings.

The small size of the modern Chihuahua may come from crossbreeding with a hairless Asian dog.

That ancestral dog came to North America through the land bridge that is now the Bering Strait.

The first Chihuahua was registered in the American Kennel Club in 1908.

In addition to not exceeding 6 pounds and a height of 5 to 8 inches, Chihuahuas come in a large range of colors.

And if you add markings, there are even more.

But before we go into markings, let’s look at the most common colors.

If that’s not colorful enough for you, there may be a

And like the pups in our pictures, it’s possible for Chihuahuas to sport more than one color in their coat at a time.

A fawn appearance is a light tan with a red undertone.

Blue dogs are in fact a shade of black. However, the skin pigmentation of the eyes, nose, lips and paw pads are blue.

Silver Chihuahuas are a shade of gray with white hairs shooting through, creating a shinier color than gray.

Chocolate Chihuahuas have brown hair with brown skin on eyes, nose, lips and paw pads instead of black.

Cream dogs are light tan with an almost white color.

This breed’s markings include masks in white, black and blue, along with fawn, cream, red, merle and white.

Other markings include spotted-on white, black sable and black masks with white markings.

Merle is a splashed pattern with darker color patches on top of diluted color patches. This controversial color pattern has been banned in show Chihuahuas in some countries.

Sable refers to black-tipped hairs on a base color such as fawn or red.

Brindle refers to a pattern of darker stripes on a lighter background.

Chihuahuas may also have kiss marks, a patch of color in the eyebrow area.

They may be tri-colored, marked, piebald or splashed.

Some Chihuahuas may even have ruby eyes, which usually look dark but turn red under certain lighting conditions.

Health of Chihuahuas Based on Appearance

Chihuahuas are one of the brachycephalic breeds, with flattened, shortened skulls. It gives them a cute expression, but this also causes health problems.

Chihuahuas with apple-shaped heads and bulging eyes could indicate a higher likelihood of hydrocephalus.

These small dogs are also more at risk of

There are also some health concerns which a directly connected to specific Chihuahua colors.

With regard to Chihuahua colors, the main concern is that certain markings may be linked to genetic weaknesses.

In this respect, the wide variety of colors and markings in the Chihuahua don’t do the breed any favors.

The genes for these types of coloration are associated with eye and ear problems, including deafness and blindness. That’s why these colors are outlawed by some breed registries.

Dogs with the dilution gene can suffer a condition called color dilution alopecia (hair loss) as a result of a faulty version of the dilution allele. This problem is most commonly experienced by dogs with blue coats.

Grooming differences are required for different Chihuahuas. It’s not based on color so much as hair length.

Long-haired Chihuahuas will need to be brushed thoroughly at least once a week to avoid tangles and mats.

Because dental issues can be problems in Chihuahuas, you should brush their teeth regularly. Also, check ears and trim nails.

Chihuahuas come in a huge array of colors and markings.

Two of these, Piebald and Merle, can have implications for their health. Responsible breeders of these colors will be able to discuss these with you, and the precautions they take to protect their litters.

Do you have a favorite Chihuahua color?

Tell us which you have at home in the comments box!