You are here: Home / Puppy Health & Care / Female Labrador – Caring For Her From Puppyhood To Adulthood 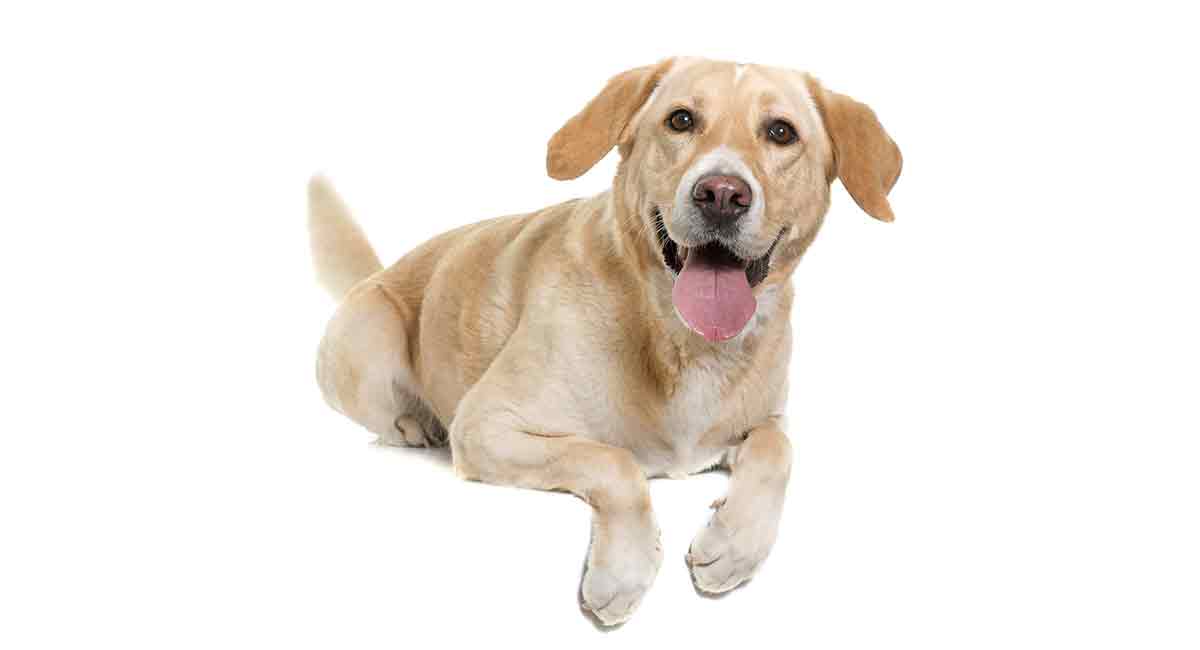 Female Labradors sometimes have a reputation for being more stubborn than males, but there is no conclusive evidence for this.

A mature female Labrador comes into heat twice a year – spaying will prevent this, but it has disadvantages as well.

Is a female Labrador very different from a male Labrador? You’re probably aware that female Labs are typically smaller than their male counterparts.

But are there other distinctions between the sexes of America’s favorite dog breed?

Are there behavioral differences between female and male Labs? What about health problems? Is one sex more prone to inherited conditions?

There’s sometimes the perception that female Labradors are more stubborn and independent than males.

Others say that male Labradors are more affectionate and easier to train.

In this article we’ll separate myth from fact in the battle of the sexes, so you can make an informed decision about the female vs male Labrador debate.

When it comes to the lovable Lab, is one sex better than the other?

The medium-sized Labrador Retriever is athletic, with a strong build. The only noticeable difference between the body of a female and male will be size.

Keep in mind, that these are guidelines, and that some female Labs will be larger than males depending on the size of the parents.

One of the most distinctive traits of the Labrador is their short, dense, water resistant coat.

They traditionally come in chocolate, black, or yellow, with a range of shades within each color.

In terms of variation of coat length, color, and pattern, there is no difference between the sexes.

Friendly, good-natured, outgoing, good with children and pets; it’s no wonder the Labrador is one of the world’s favorite dog breeds.

But even the Lab isn’t perfect.

These dogs can be extremely energetic and if they don’t get enough exercise they’re prone to destructive behaviors, such as chewing and digging.

Although Labrador Retrievers are not a particularly aggressive breed, it’s important to note that any dog has the ability to become aggressive if they’re not properly trained and socialized.

This study found female Labs were less likely to engage in aggressive behaviors towards their owner.

It also determined that there was no difference between the sexes when it came to aggression towards strangers and other dogs.

Whether you decide on a female or a male Labrador, you’re choosing a dog that’s known to be one of the easiest breeds to train.

These dogs are highly motivated to learn by both their devotion to people and their insatiable love of food rewards. But is there a difference in female vs male Lab trainability?

Female dogs are generally considered to mature faster than males.

And some say that this gives them a slight edge when it comes to training and house-training. This study found that females are superior in focusing on stimuli. An ability to be less prone to distraction could make girls easier to train.

Conversely, this study determined that male dogs were quicker to implement a different tactic to find an item. All in all, when it comes to training, the differences between the sexes are negligible.

According to this 2018 study, the average lifespan of all Labrador Retrievers is 12 years.

Longevity doesn’t vary much between the sexes.

Females were found to have a median lifespan of 12.1 years; males’ 12 years. However, neutered Labradors had an average of 12.5 years, compared with 11.6 for those who weren’t.

There are a number of health issues that affect both female and male Labradors.

Luckily, health testing is available for the following inherited conditions.

Obesity is a widespread problem throughout the canine world.

But the Labrador in particular is highly affected by this epidemic.

This UK study found Labs to be the breed most likely to become obese.

It also stated that spayed females and neutered males were about twice as likely to be obese as those who were intact.

If you have no plans to breed your female dog, most veterinarians recommend spaying.

This will eliminate the heat cycle and avoid unwanted pregnancy.

However, there is some controversy about spaying. Not only about if, but when it should be done.

In the US, spaying is often performed at a very young age.

Whereas in the UK, where neutering of dogs is not quite as widespread, female dogs are typically left unneutered until after their first season.

There’s no question that there are both pros and cons to having your dog neutered.

Pros of Spaying a Female Labrador

Reducing the risk of mammary cancer was often cited as one of the main benefits of having a dog spayed. However, a 2012 review found that the evidence for this association was weak, as reports had a high risk of bias.

There is a serious health condition known as pyometra that puts intact females approaching middle age highly at risk.

In fact, this life-threatening disease has been found to affect from 25% to 66% of female dogs over 9 to 10 years old.

And Labradors are particularly prone to this infection of the uterus or womb.

Cons of Spaying a Female Labrador

Hip and elbow dysplasia are characterized by the malformation of joints. Labradors are at a higher risk than other breeds for these painful conditions.

Female Labs who were spayed were found to be at an increased risk for hip dysplasia. Also, the younger they were when spayed, the higher the threat. But if the procedure was done on a dog that was 2 years of age or older, the risk was eliminated.

Labradors were also one of the most common breeds in which spaying was associated with increased risk of urinary incontinence.

What’s more concerning is that this study found the incidence of one or more cancers in female Labrador Retrievers increased slightly with neutering.

But the risk of lymphoma was increased significantly in dogs who were neutered before the age of 6 months.

This article will give you more in-depth information about the pros and cons of having your Labrador spayed.

Living With an Unneutered Labrador

As a female Labrador approaches maturity, her body changes. This means she’ll be in heat for 2 or 3 weeks, twice a year.

A bloody discharge that can be smelly is not uncommon and she may need to wear a doggie diaper to keep it off your clothing and furniture.

Needless to say, you’ll also have to keep her away from any male dogs while she’s in heat. You won’t be able to leave her outdoors unattended.

Male dogs have jumped fences to get at a female. So having your dog neutered is definitely easier for you. This could make a difference if you work long hours or take her to a dog sitter.

Some doggie day care centers may not accommodate intact dogs, so this is another consideration. Also, dog shows don’t allow spayed dogs to compete in purebred shows.

Unfortunately, much of the evidence regarding spaying is inconclusive. And ultimately, this is a very personal decision.
If you have concerns about your pet’s health, you should contact your veterinarian.

There’s a reason that Labradors are one of the most beloved dog breeds worldwide. These dogs possess a joyful, tail-wagging spirit and get along with everyone.

Despite what you may hear, there’s not a lot of temperamental differences between genders in this breed. How a dog behaves has more to do with training, socialization, and what the parents are like.

Since there are some risks of neutering a female Lab at a young age, you may want to factor that into your decision.

But ultimately the choice is yours. When it comes to this breed, you really can’t go wrong.

Whether you choose a female or a male Labrador, you’re getting an excellent family dog.

Do you have a female Labrador? Tell us about her in the comments.