You are here: Home / Puppy Health & Care / How To Stop Your Puppy Eating Poop

If there is one topic guaranteed to horrify new puppy owners, it is discovering that their puppy eats poop.

In this article we are going to talk about how to stop your puppy eating poop, but first we’ll take a look at why puppies do this, and at just how common and normal this habit actually is.

The first time they see their puppy eating his own faeces, most new puppy owners are convinced that they have ended up with a depraved and highly abnormal dog.

It is very common for new puppy owners to introduce the topic with phrases such as “This has got to stop” or “this cannot go on” and “I have kids you know”.

They are adamant that poop eating is definitely not something they want to be associated with even via the family dog.

And who can blame them?

After all, how it can possibly  be normal, when just the thought of puppies eating poop is so disgusting.  Well let’s take a look

Why is my puppy eating poop?

First of all, the hard truth is that many, if not most,  dogs eat poop from time to time.  Especially when they are puppies.  A study carried out in 2012 found that 16% of dogs are serious poo eaters!

That dog that you shared your ice-cream with at the beach last week?  He quite probably ate some poop first. 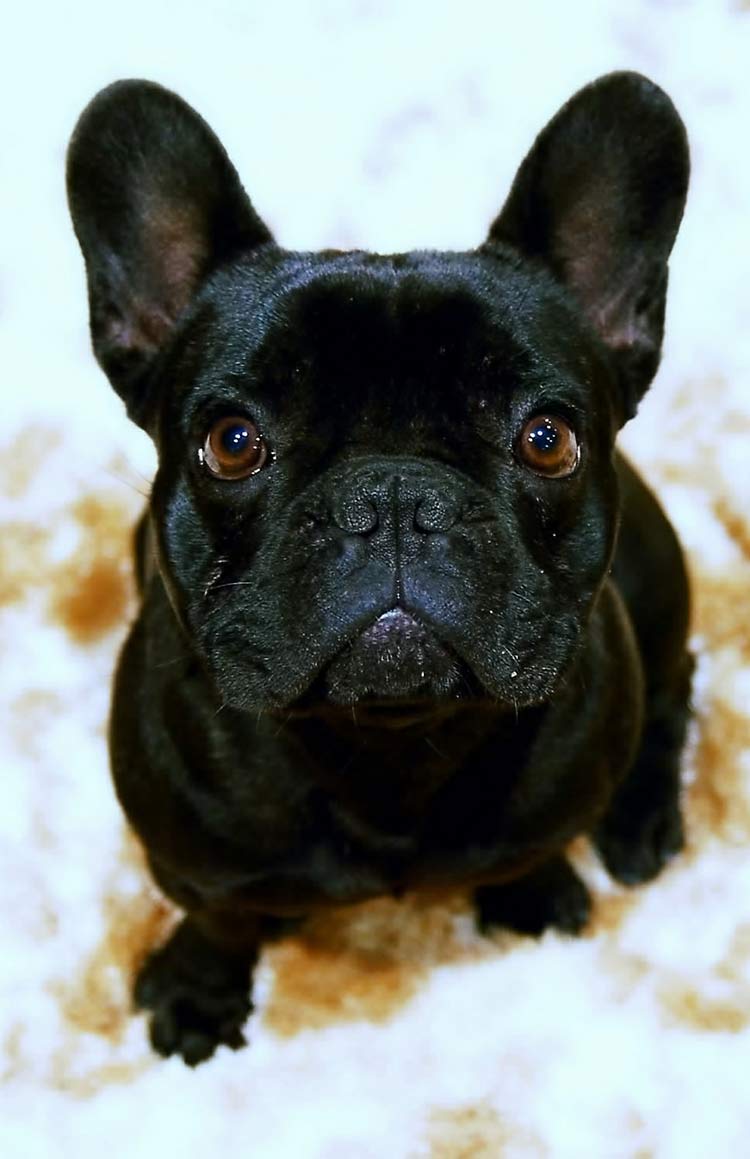 Your friend’s dog – the one that gives your face a good wash each time you call around?  He probably eats poop too.

Many, many dogs do this if they get the chance. It’s just that people tend not to talk about it. It’s something many of us find, well, embarrassing.

My point is – your dog is completely normal –  I really want to reassure you on that score, because the worry about a puppy being weird or unnatural in some way is very common.

Why do dogs do this?

As to why dogs the world over often engage in this unpleasant past-time, no-one knows for certain, but it is looking increasingly likely, that they just like the taste.

Poop eating has nothing to do with a poor diet – well nourished dogs are just as likely to do  it as any other. Though the occasional poop eater is more likely to indulge when hungry.

Perhaps because their food is more completely digested.

Whereas kibble contains a lot of fillers and strong flavourings that pass through the dog and make their poop more bulky, smelly, and possibly more appealing to dogs as a snack.

Poop eating seems to be more common in some breeds of dog than others, but there are no hard and fast rules.

Now to the next point that most people make – “but won’t it make my puppy ill?”

Surprisingly, poop eating seems to have no  ill effects on most dogs.  Some dogs will vomit a poop back up later in your kitchen – another endearing canine trait.  But most will swallow and digest the poop with no ill effects whatsoever.

Of course, if your puppy eats another dog’s poop and that dog has worms, there’s a chance your puppy will get worms too.  So if your puppy manages to lunch on the meal that has passed through another dog, its a good idea to worm him.

“OK” you say,  “so he isn’t deranged, it’s fairly normal,  and it won’t hurt him.  But I STILL don’t want him to do it. It’s just GROSS.  Which brings us to the final question most people ask

How do I stop my puppy eating poop?

But do any of these method work?

There is conflicting anecdotal evidence that the first two techniques work, some people claim they do, and others claim they don’t.  Personally, I don’t want to feed my puppy something that is not part of a balanced diet.

And if you are close enough to your puppy’s stools to sprinkle something on them, it makes much more sense to me just to pick them up and dispose of them.

There is some anecdotal evidence that switching to a raw diet may help, but it doesn’t help everyone.  And quite honestly it is a big change to make in your life that really should be considered in a broader context than just stopping a puppy munching on poop.

So that leaves us with punishing the puppy for touching poop, rewarding him for coming away from poop and clearing the poop up the instant it hits the ground.

I strongly recommend you combine these last two methods, and forget all about punishment.

Punishment has a number of downsides in any training situation and the last thing you want is for your puppy to be afraid of poop.  That could lead to constipation, soiling in the house etc.

If you have got into the habit of letting your puppy outside to do his ‘business’ whilst you sit in a warm kitchen with a cup of coffee and the crossword.  This is going to be annoying.

But getting out there with your pup and clearing up everything he does, the moment he does it, is a brilliant way to knock most cases of coprophagia (the fancy term for poop eating) on the head.

Coming away from poop

You then have the tools to deal with a ‘poop event’  when you get caught out.

You can often cure or drastically reduce poop eating by providing some pretty substantial rewards for coming away from poop.

Bear in mind that the first few times you do this, your puppy will probably pick up the poop he was eyeing up and bring it with him when he hears you call.

Teach your puppy to come to a special word.  This is a word that is always accompanied by a brilliant reward.

You can then use this word if you get into a situation – in someone else’s garden perhaps, or out on a walk – where your puppy finds a poo and is getting ready to tuck in.

Call your puppy with your special word

Resist the urge to faint with shock if he brings the poop with him.  And DONT tell him he doesn’t deserve a reward when he is so revolting.

Pretend you think he still looks adorable (you can do this, you really can) – he will spit out the poop when you chuck him his reward.

Even if he swallows the poop on his way to you, still give him his reward.  If the reward is good enough, he will soon start spitting out poop to get it, and eventually won’t even bother to pick it up at all.

I have had great results with this method – but you must persistently reward the puppy when he reaches you, even if he eats the poop first.

It will take him a while to get his head around the fact that you have no interest in taking the poop off him.  Just make sure you pick it up and dispose of  it while he is eating his reward.

Love your dog in spite of his habits

Poop eating can really come between a dog and his family.  Puppies have been given away or even abandoned because of poop eating.

This is because people tell themselves that their dog is depraved or disgusting until they believe it.

Don’t let this happen to you.

Try and accept that your puppy is just doing what dogs the world over have been doing since before time.

He is still the same  lovely, loyal, dear friend that he always was.

Make the effort to dispose of poops immediately and most puppies will grow out of the habit.  I’m not saying that they won’t occasionally be tempted, but it shouldn’t be a problem which features in your life in any significant way.

Does your dog eat poop

Have you had to deal with this problem? What did you try and did it work?