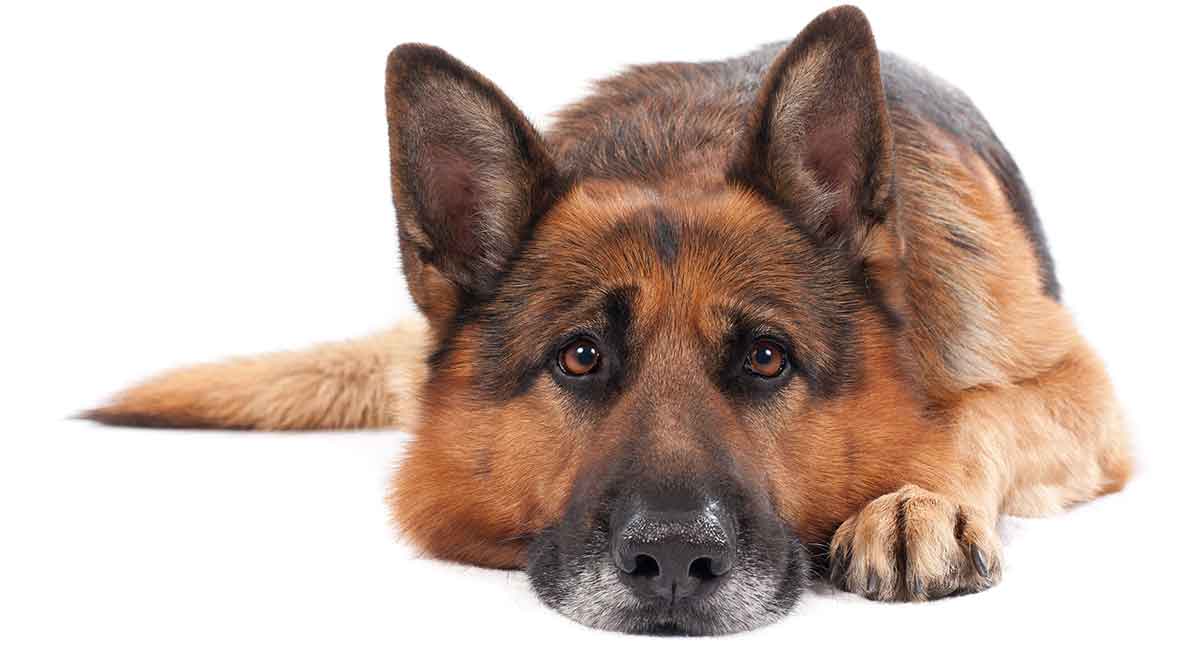 The longest living German Shepherds are recorded as having survived to 18 years old, and perhaps even older.

There are lots of ways German Shepherd Dog owners can add years to their dog’s life through proper diet, exercise and veterinary care.

The short answer to the question, “How long do German Shepherd Dogs live?” is 11 years.

One highly cited study puts German Shepherd Dogs’ lifespan at exactly 11 years and another more recent study confirmed this with a 10.95-year median.

So, you can generally expect at least a decade of love and memories from a well-cared-for German Shepherd. Read on for more information on caring for this breed in a way that promotes longevity!

German Shepherds are a popular breed with good reason. They are smart, brave, and loyal. In working scenarios, they are always highly competent, which has made them popular as police dogs in several countries.

But the German Shepherd breed is not without its drawbacks. These dogs also have health concerns, which need to be carefully considered and accounted for.

These health issues include:

To improve German Shepherd lifespan, good breeders screen their dogs for hereditary conditions before including them in their breeding program.

To reduce your dog’s risk of health issues, make sure you acquire your pet through ethical means.

One thing to be aware of with German Shepherds breeders is the prominence and perceived desirability of a sloped-back.

This trait is now being corrected, as it is the source of joint, hip, and leg malformations that can worsen over time and prevent dogs from walking.

However, as recently as 2017, some breeders were still under fire for breeding overly-sloped top-lines (backs). Do your research on potential breeders and use discretion.

Skeletal problems don’t directly reduce German Shepherd lifespan, but they can cause such pain and loss of quality of life that they become a reason for euthanizing affected dogs.

The oldest living German Shepherd in O’Neill’s studies was 18, which also seems to be a pretty firm maximum among unconfirmed owner reporting.

I did come across one owner who claimed their German Shepherd was 20, but I have no way of corroborating this.

There is obviously a lot of time between the average 11 years and the maximum 18, so it is fair to wonder how you might help your German Shepherd live longer.

Of course, there is nothing you can do to ensure your German Shepherd Dog will make it to 18, but there are certainly things you can do to help increase your pup’s lifespan.

We’ve already discussed the importance of health screenings. You can help your dog live much longer by catching any illnesses it may have early on, since this allows for more effective treatment.

There are plenty of other things you can do, as well.

Paying special attention to your dog’s health in puppyhood is one of the best ways to promote health in adulthood.

Puppies need special food to ensure they get enough nutrients to grow. However, overfeeding can cause overgrowth in dogs, which is detrimental to their longevity and general health.

Overfeeding will also result in an overweight dog, which causes joint and hip problems, among a slew of other illnesses.

In addition, you shouldn’t work puppies too hard. Do not take your puppy on runs or long, exhaustive walks until it is about six months old.

Puppy joints are not prepared for the strenuous nature of intense exercise. Over-exercise in puppyhood can often result in joint issues and other health problems in adulthood.

The truth is, the answer to the question, “How long do German Shepherd Dogs live?” depends largely on factors such as exercise and diet.

Exercise in adulthood should greatly extend the life expectancy of your dog by reducing obesity and heart-related disease.

A proper, well-researched diet will:

Use the proper food for your dog’s age (puppy, adult, or senior) and your dog’s size (small, medium, or large). Strictly limit or completely avoid table scraps and learn what human foods dogs can eat.

What Traits Influence A Breed’s Longevity?

So what is it about long-living breeds that allow for their outstanding health? According to science, several factors are likely to contribute.

It is true that smaller dogs usually live longer than large dogs. You can count on most small breeds of dog to live into their teens, with many living into mid-to-late teens. This is usually attributed to heart health, as large breeds’ hearts must work harder to circulate blood.

However, medium-small dogs such as Collies seem to have the longest maximum lifespan. The two oldest living dogs, according to Guinness World Records, were 24 and 29. Both were Australian cattle dogs.

Additionally, two out of three of the dogs with the highest median lifespan are Collies. These types of breeds have one major thing in common that likely contributes to their longevity: hardy breeding practices.

These breeds of mid-sized, lightweight herders and workers were bred to be smart, healthy and athletic. Their lineages were not bred for cuteness or other physical characteristics that are perceived as desirable but often result in health complications, such as snub noses and sloped backs.

Smaller mid-sized dogs also have less broad chest cavities which limits the risk of exercise-induced collapse and the collection of air between the outside of the lungs and chest wall known as pneumothorax.

So, the major contributing factors to a breed’s longevity seem to be size, for circulation and heart-health, and breeding practices that avoid genetic disease.

German Shepherd lifespan is also related to these factors.

Earlier in this article, we mentioned that German Shepherds have, as recently as 2017, been bred for sloped backs which are detrimental to their health. This already sets them apart from other, longer-living shepherd breeds which seem to have been bred exclusively for functionality.

When you throw in the prominence of bloat, collapse, and joint issues in larger bodied breeds, it becomes clear why the German Shepherd Dog’s life expectancy isn’t quite as high as some others in the herding group.

If well-bred and properly exercised, this breed can live into its mid-to-late teens, although this is the exception rather than the rule. You can expect German Shepherds to live around 11 years.

Have you known an extremely long-lived German Shepherd Dog? Comment below and tell us about it!

And find out more about this breed in our German Shepherd facts article!

Adams, V.J., et al. “Methods and mortality results of a health survey of purebred dogs in the UK.” Journal of Small Animal Practice. 2010.