You are here: Home / Puppy Training / The Evidence for Positive Reinforcement Training In Dogs 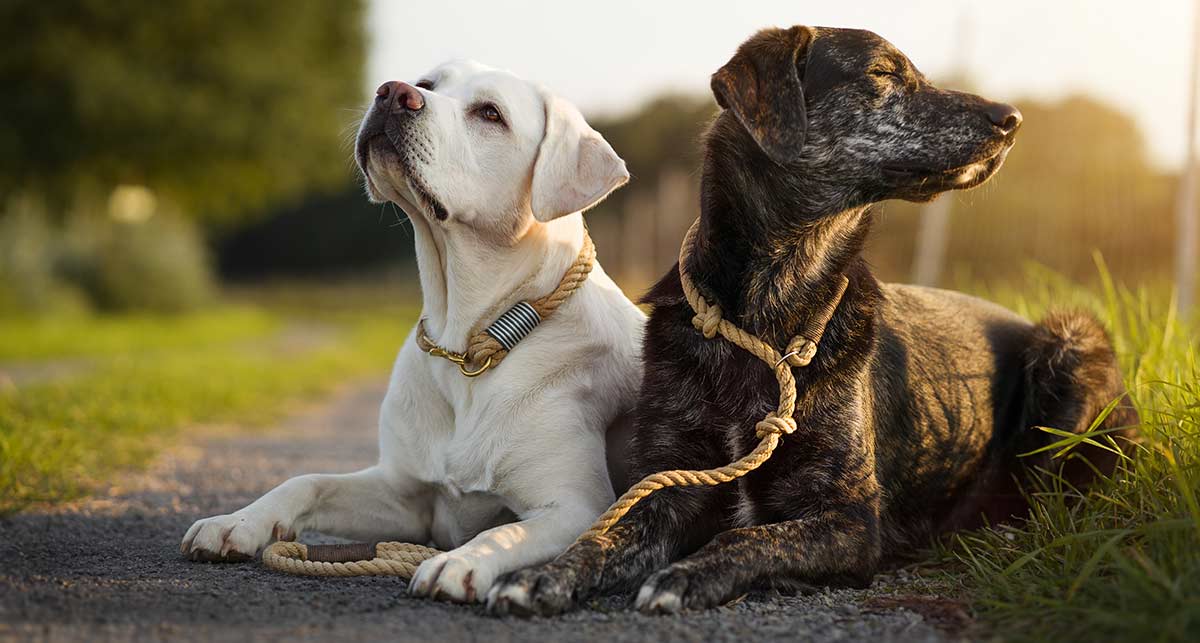 Over the last few decades there has been a huge swing towards less punitive methods of dog training.

Watching a modern trainer in action is a very different experience from watching old school traditionalists.

Gone are the barked commands, the emphasis on ‘respect’ or ‘dominance’ and even intimidation.

In many cases the use of punishment has been entirely replaced by the use of food and games.

Is the move to positive dog training a good thing?

But hang on a moment. Aren’t we being swept along in the latest ‘fad’ or ‘craze’.

Isn’t this just a passing fashion?  How are we going to control our dogs when we run out of treats?

And what if we don’t want to wave food around or to ‘beg’ or ‘plead’ with our dogs to come when we call them?

In fact, let’s lay it on the line.

Do these new fangled methods of dog training even work?

Dog training in the real world

Positive reinforcement training is based on behavioral science. But training a dog in a living environment is not the same as studying rats in a laboratory. So how do we know that these modern science based methods work in the real world?

This is important, and it’s a question that comes up again and again.

This isn’t just about what I think, or what you think. It’s about getting at the truth.

So, let’s take a look at the evidence.

We’ll start by looking at dogs that are carrying out important jobs in distracting environments.

When you see a guide dog leading his blind handler safely across a busy road, threading his way through a crowded street or along a woodland path, ignoring squirrels, ball games, friendly dogs and all kinds of other distractions, you are watching a dog trained using positive reinforcement.

The Guide Dogs for the Blind Association did not embrace positive reinforcement training to be a part of the ‘in crowd’ or to be ‘cool’, they did so because it works.

In fact, it works so well that the USA guide dogs organisation reported an increase in pass rate from 50% (the old rate) to 80% in their dogs after switching to modern methods in 2005. In addition to a significant decrease in handler training time.

What about explosives detection dogs? One false move could be fatal for handler and dog. How are these dogs trained? 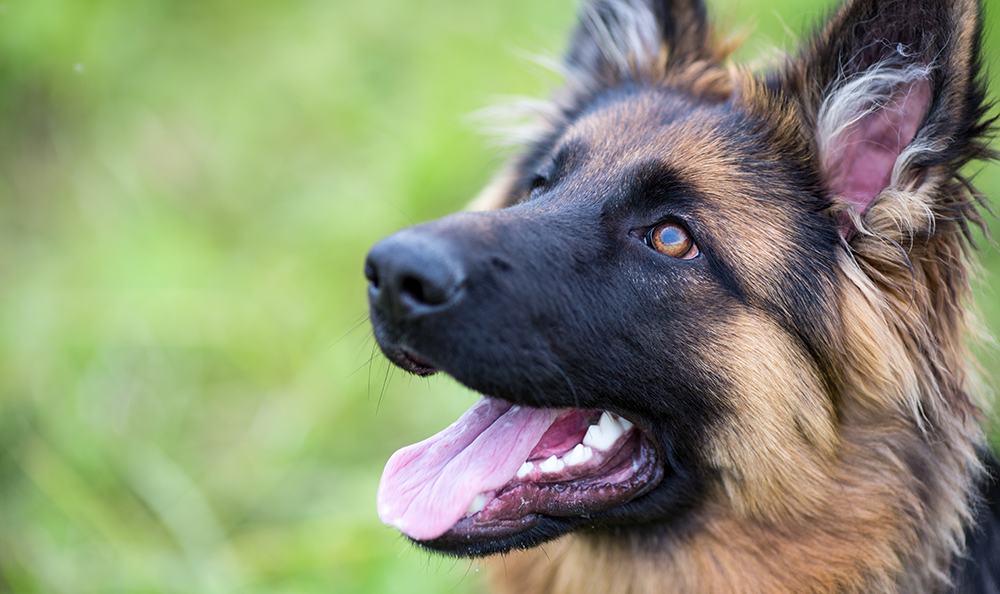 Once again, these dogs are trained to carry out their important jobs using positive reinforcement. You can read more about them here: education of a bomb dog

You will have seen search and rescue dogs on TV attending earthquake zones and the aftermath of terrible natural disasters.

These dogs have to work in often appalling conditions under all kinds of distraction. And how are they trained? The answer is with toys, games, and food.

Are we starting to see a bit of a pattern here?

The fact is, almost all service industries that utilise trained dogs, now train their dogs with positive reinforcement. From the military, to the police, from medical detection dogs to dogs that hunt down bed bugs or drugs.

Getting great results from your dog training method

Many of these services are run by charities, small businesses, government agencies or large commercial corporations.

The same pattern of changing to science based training methods has taken place throughout the world of dog sports, from the obedience ring, to working trials and agility. With one notable exception. And we’ll look at that in a moment.

So what prompted this change in training methods?

The reason that these organisations leading the way in dog training all switched to positive reinforcement training is because they ran trials or pilot schemes and found that the new training methods worked faster, were more effective, and saved money.

The reason that they ran the trials in the first place was due to the weight of scientific evidence and because they were encouraged to do so by the behavioral scientists that advise them.

Positive reinforcement training is not new, and has been studied in laboratories for the best part of a century.

It is based on operant conditioning, or the way in which animals learn through the consequences of their behavior.

Moving from laboratory to field, or real world training took some time.

Several leading behaviorists and animal trainers, like Bob Bailey, and Karen Pryor were involved in pioneering positive reinforcement training in animals outside of laboratory conditions.

There is some some excellent information on this topic on the late Sophia Yin’s website.

If you are interested in science, you might like to look at some of the up to date scientific studies that have been influential in the movement towards positive reinforcement training. Quite a few studies, such as this one published in 2014 have shown that e-collar training has welfare implications for dogs. However, this won’t come as a surprise to many of you.

What is perhaps more interesting, is that there are measurable downsides to using much milder forms of punishment. And that’s what we’ll focus on here

Whilst much of our original evidence on positive reinforcement training is now quite old, more recently more studies focusing specifically on dogs have become available.

Meghan Herron’s study in the same year, showed that all punishment was associated with higher levels of aggression and fear, even what many of us might consider mild aversives like ‘staring at a dog’ or making a growling noise at him.

A study in 2010 found a correlation between more frequent use of punishment and excitement/aggression.

Obviously aggression in dogs is undesirable but fear is a problem too, as it is associated with reduced ability to learn. So it’s not surprising that a 2011 study that looked at dogs in their own homes, found that positive reinforcement trained dogs were better at learning new skills and more interactive with their owners.

In 2017 a review of the literature was published in the Journal of Veterinary Behavior. It’s called The Effects Of Aversives In Dog Training and concludes that those working with or handling dogs should rely on positive reinforcement training techniques and avoid positive punishment and negative reinforcement as much as possible

How does positive dog training work?

It is quite common for people to think that they are already positive dog trainers. When in fact, they still use many different types of aversive in training.

By aversive – we mean anything which the dog doesn’t like. Aversives are simply tools for reducing unwanted behavior. They are what scientists also refer to as ‘punishers’. And the use of aversives is a form of punishment.

Punishment doesn’t have to cruel or violent. Intimidation, body blocking, growling, the use of rattle bottles etc. These are all forms of punishment.  You can find more explanations on the behavioral meaning of punishment and reinforcement in the links below

Positive reinforcement training focuses on reinforcing behaviors through the delivery of desirable consequences – rewards like toys and games.

This may seem counterintuitive at first. Why not use rewards (for good behavior) and punishment (for bad behavior) and get the job done in half the time?

Why we don’t include punishment in modern dog training

Well, as we have seen, the evidence all points to punishment slowing down the learning process, and we can speculate on why that is.

One of the main reasons that aversive free training probably works so well is that it prevents dogs from ‘freezing up’ through fear of consequences.

Mixing the two types of training (punishment and reward) might seem like a good idea, but as some of these studies have shown the history of the way the handler has treated the dog at any given point in time, will affect the way that the dog responds in the future (thus punishment in the past has an adverse effect in the future, even if the handler is now using rewards)

Studies have also shown that positive reinforcement is at least as effective if not more so, than techniques that rely on punishment. And this is important for those who are working with dogs in the presence of strong distractions.

Gundog training is a good example of such work

I talked earlier about an exception to the widespread uptake of positive reinforcement training, and that exception is gundog training, my own particular interest and hobby.

The reasons for this are complex. 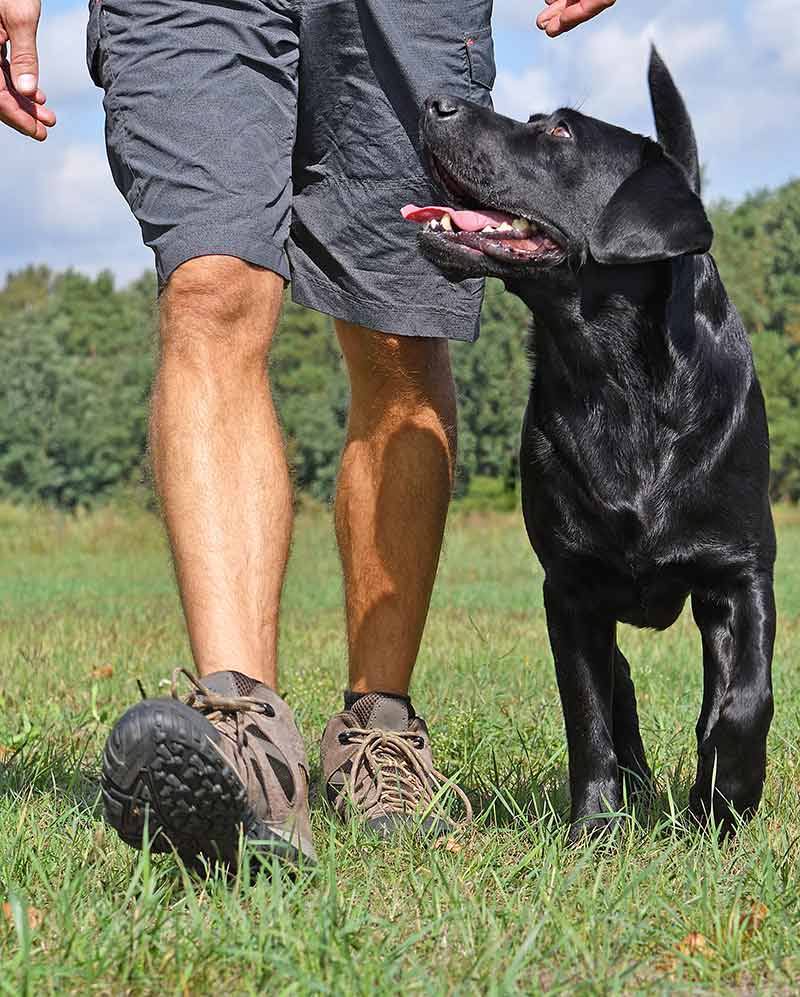 The gundog community has a long history of passing down skills as a ‘craft’ from one generation to the next and until recently has lacked the kind of structured training and grading system found in almost every other sport.

New gundog owners kind of muddled along, with no clear path to follow.

In addition, gun dogs work in particularly distracting environments with period of boredom interspersed with periods of great excitement.

Unlike many service dogs, gundogs work entirely off lead and in close contact with live game. This means that control of the consequences available to the dog (an essential part of positive reinforcement training) is more challenging.

However, forward thinking gundog trainers are now beginning to realise the opportunities and benefits offered by positive reinforcement training, especially in basic training and working with puppies.

They are increasingly keen to work on the unique challenges facing positive reinforcement gundog trainers in the field. One by one, the stumbling blocks are being removed.

You can find out more about the movement toward more positive methods of gundog training in the UK in the Positive Gundogs discussion group on Facebook, and on my Totally Gundogs website.

I mentioned earlier that learning theory gave us the ground rules for positive reinforcement training many years ago. Why has it only recently become popular?

The pace of change in dog training

Change does take time. Especially when many diverse groups of people are involved. And many of the actual studies done on dogs, like the ones mentioned above, are fairly recent.

It takes a while for information to filter down from researchers to field workers, and longer still for new techniques and principles to become widely adopted.

This is true even in countries where e-collar training is still both legal and popular. The American Small Animal Veterinary Association for example, has placed a ‘position statement’ on dog training on its website

The simple fact is that positive reinforcement training has been widely adopted by mainstream dog trainers, in sports and canine service industries worldwide.

And the last bastions of resistance are crumbling.

Making the change from traditional to modern dog training

Most dog trainers/handlers/owners that have been training dogs for 20 years or more will have started out using punitive training methods. I did, as did all my contemporaries

This is not something to beat yourself up over, or contemplate with regret.

It was what it was.

This is how dogs were trained.

The evidence now is convincing. There is a better way. And making the change has never been easier.

How about you? Have you made the switch yet? Share your thoughts below.

I am happy to update this page as more research is published, so let me know if you think I have missed anything.

Blackwell et al 2007. The relationship between training methods and the occurrence of behavior problems, as reported by owners, in a population of domestic dogs. Journal of Veterinary Behavior

Masson 2018 Electronic training devices: discussion on the pros and cons of their use in dogs
as a basis for the position statement of the European Society of Veterinary Clinical
Ethology (ESVCE). Journal of Veterinary Behavior

The information in this article has been updated for 2018