You are here: Home / Breeds / Poodle Vs Labradoodle – How Do They Compare? 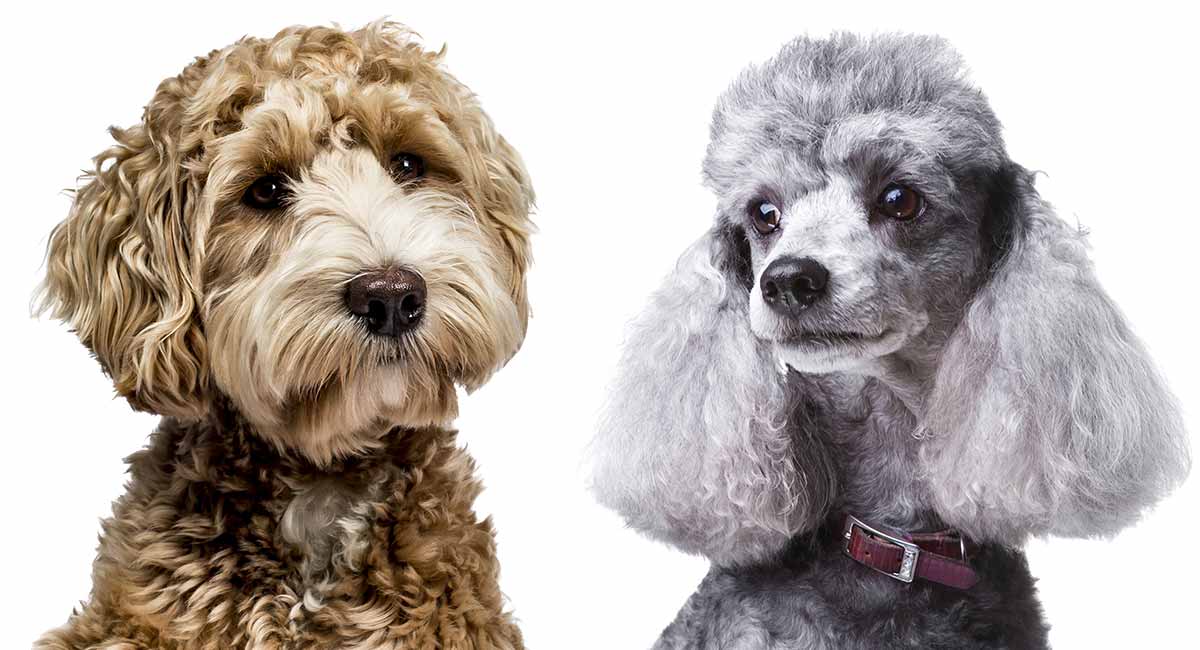 Choosing between a Poodle vs Labradoodle is certainly not a task to tackle lightly!

These are two of the most popular pet dogs today!

But which is the best fit for your personal lifestyle and family?

Poodle vs Labradoodle – which pet to choose?

The Poodle is an ancient purebred dog breed with a strong working dog background.

The Labradoodle hybrid dog breed came to be out of the need a blind woman had for a guide dog.

Her husband was highly allergic to dogs, so she approached the Royal Guide Dog Association of Australia for help.

The Labrador retriever was crossed with the Poodle and the Labradoodle was born.

What’s the difference between a Poodle and a Labradoodle?

The major difference between the Poodle and Labradoodle is that one is a purebred and the other is a hybrid.

This means that you will have a clear pedigree for the Poodle parent, but not such a long line of ancestry for the labradoodle.

Size difference between Labradoodle and Poodle

Poodles are bred in standard, miniature, and toy sizes.

The standard Poodle will weigh 40 to 70 pounds and stand more than 15 inches tall.

Toy Poodles will weigh 4 to 6 pounds and stand less than 10 inches tall.

Poodle vs Labradoodle shedding and grooming

The Poodle is known to be a non-shedding dog breed.

What is more technically accurate is that the Poodle’s single-layer, intensely curly coat catches shed hairs before they fall.

This makes the Poodle an easier choice in terms of both cleaning and pet dander allergies.

The Labradoodle was originally bred to offer this same non-shedding coat.

But to get this, you will want to work with a breeder who breeds later generation hybrid Labradoodles (F2, F3, or later) where both parent dogs are Labradoodles.

F1b Labradoodle litters have one purebred parent dog (Poodle or Labrador) and one hybrid Labradoodle parent.

The Poodle has a friendly, social personality overall, and the Labrador, of course, rarely meets a stranger!

This bodes well for the Labradoodle’s sunny, friendly personality as well.

Difference between standard Poodle vs Labradoodle as a family pet

If your family includes young children, you may find it safer to select a standard Poodle.

Or standard-size Labradoodle that can tolerate rougher play and can withstand the occasional trip-up without risk of major injury.

Otherwise, selecting any size Poodle or an F2 or later generation Labradoodle will give you the most control over your new puppy’s traits, health, and coat.

Both the standard Poodle and the Labrador retriever come from a long lineage of working dog stock.

These are smart, active, social dogs that thrive on exercise, activity, play, and fun!

For smaller Labradoodles (Labrador + miniature Poodles) you can still expect a pup with a healthy appetite for running, swimming, and play.

One recent test of purebred canine intelligence ranked the Poodle second and the Labrador retriever 7th.

Whether you choose the Poodle or Labradoodle, you can count on bringing a smart pup into your family!

Poodle vs Labradoodle training and socialization

The intelligence test mentioned in the preceding section focused on how readily different purebred dog breeds were able to grasp and replicate common training commands.

From this you can expect to have an eager participant and quick study during the training process regardless of whether you are training a Poodle or a Labradoodle puppy!

The Labradoodle can live 12 to 15 years.

Choosing a purebred dog like the Poodle makes it somewhat easier to pre-screen litters for potential health issues.

You can do this by consulting the CHIC (Canine Health Information Center) database and ensuring your breeder has completed all required/recommended health tests.

For Labradoodles, the best approach is to review CHIC testing requirements/recommendations for both Labrador retrievers and Poodles (all sizes).

It is worth mentioning that both Labradoodles and standard Poodles can also be at risk for bloat (gastric torsion), a serious and potentially fatal condition where the stomach twists.

Luckily there is a simple preventative surgery your veterinarian can do.

They recommend that toy Poodles be tested for luxating patella and eye issues.

And they recommend that Labrador retrievers be tested for hip and elbow dysplasia, exercise-induced collapse, eye and cardiac issues, D-Locus (dilute), and centronuclear myopathy.

You will want to bring your wallet when purchasing a Poodle puppy.

Poodle vs Labradoodle – which dog is right for me?

There is no easy or right answer to the question of whether a Poodle or Labradoodle is the right pet dog – only the answer that is right for you!